Notorious bandits have killed a man and his two sons in Zamfara state. 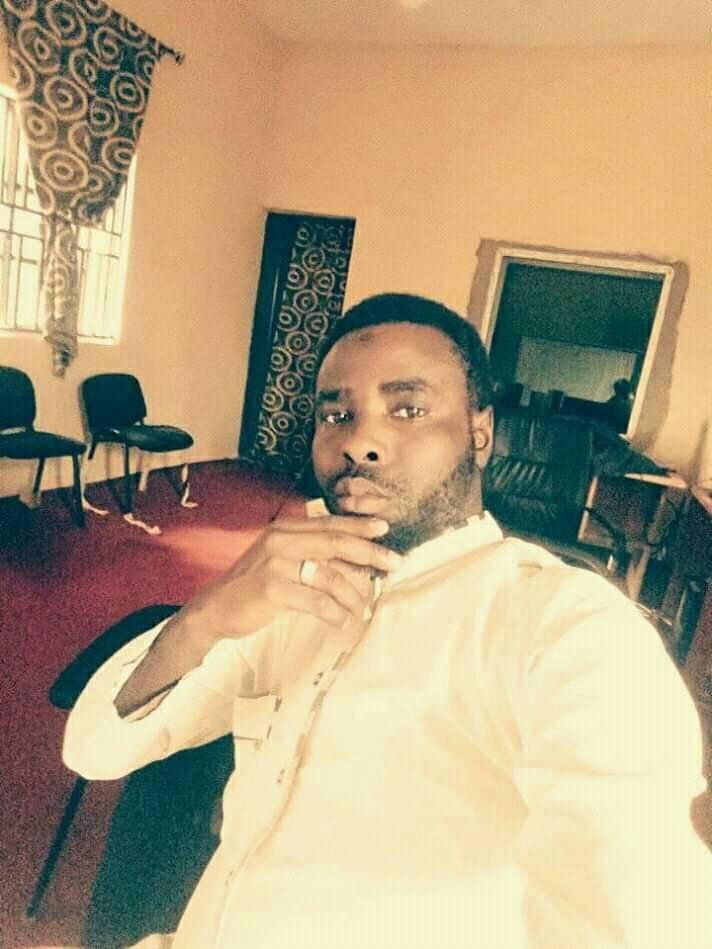 Bandits have reportedly killed a man and his two sons
A man and his two sons have been killed by armed bandits in Zamfara state.
It was gathered that the man identifiied as Zaharadeen Sani Tsafe (Sani Na Indo) and his two sons were killed at Gilla village in Tsafe Local Government Area of Zamfara state.
Details on the incident are still sketchy, however, according to reports shared on Facebook, the armed bandits stormed Sani Na Indo's home on Saturday night, February 27 and killed him along with his two young children.
Their remains were laid to rest on Sunday morning.
See photos from the funeral below: 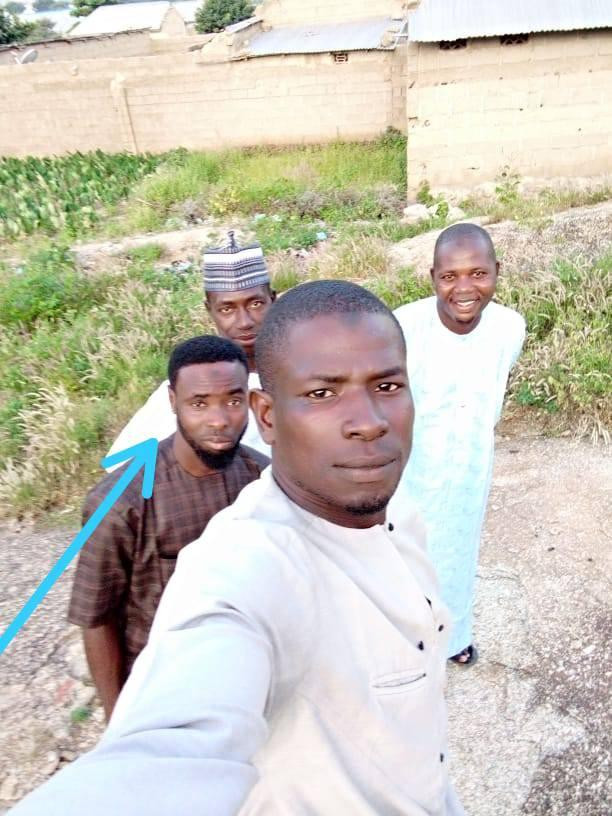 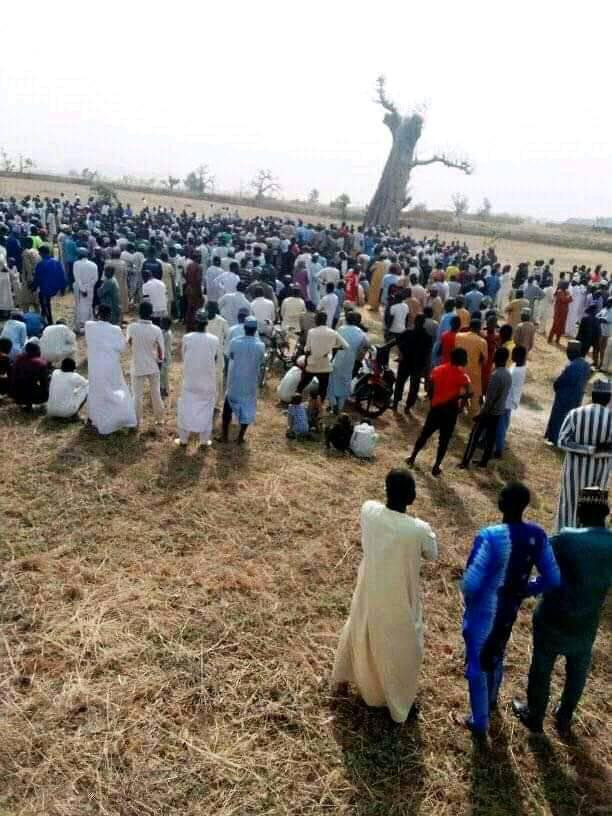 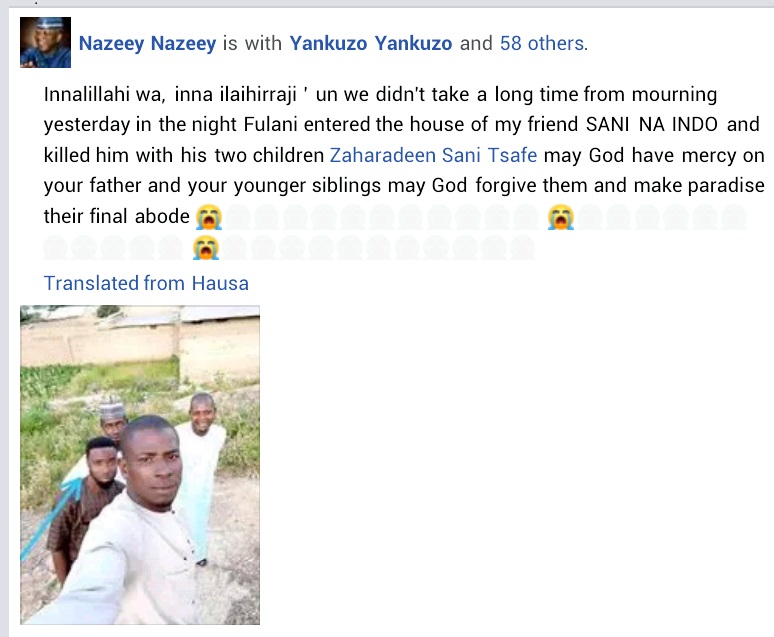 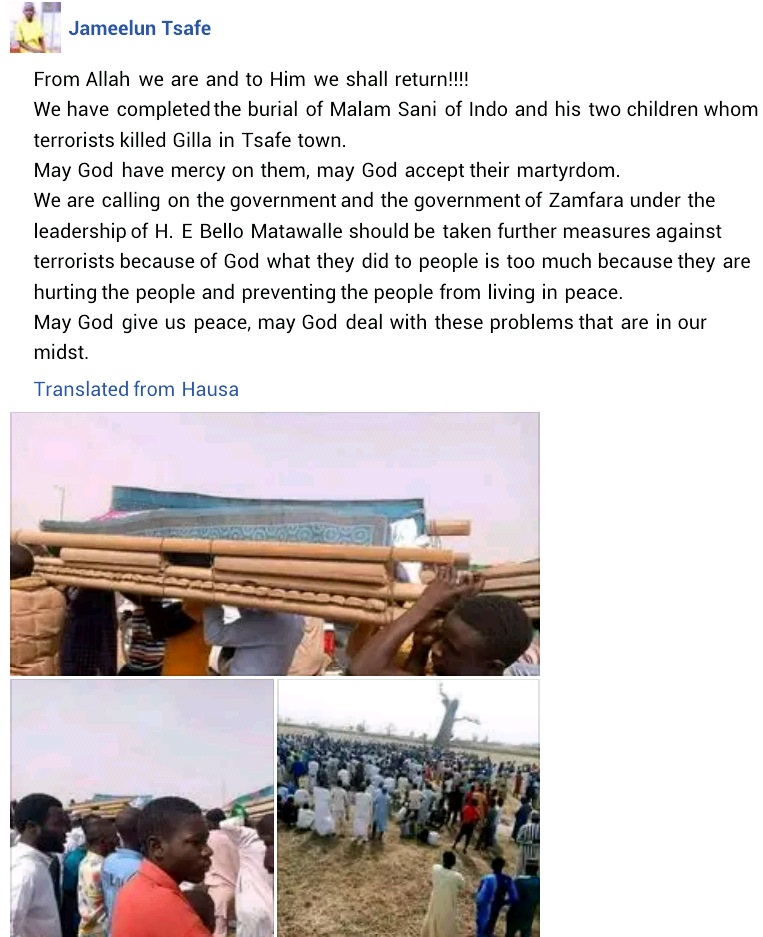