A lion that invaded a community in Borno state killing many people has finally been gunned down by security operatives. 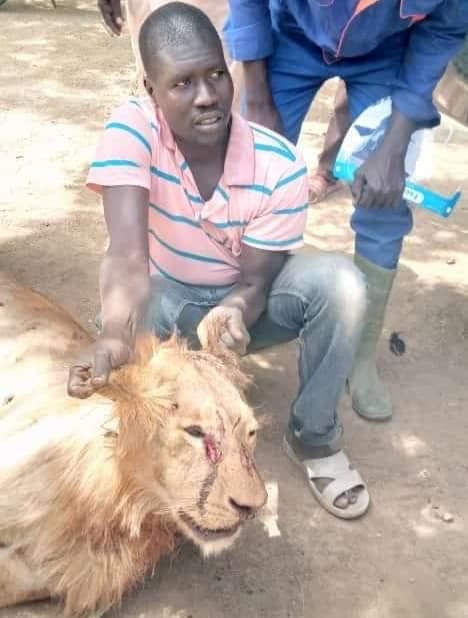 Lion killed in Borno
Security operatives have killed a lion that invaded Ngala town in Borno state.
A Facebook user, Judith Gums shared photos of the dead lion.
She added that the lion was killed after it had killed and injured some people.
She wrote:
"Strange lion invade Ngala town in Borno State, killed few and injured some, it was later killed by security operatives in the area.
#talkjudith" 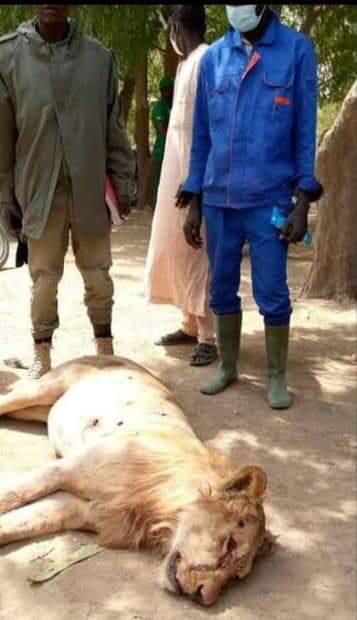 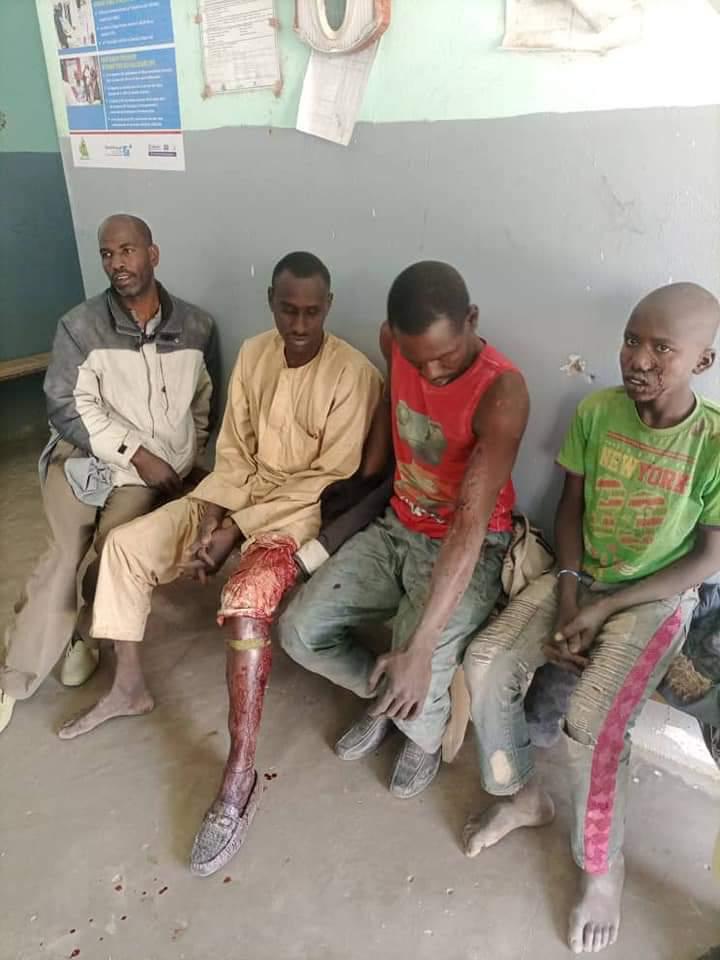 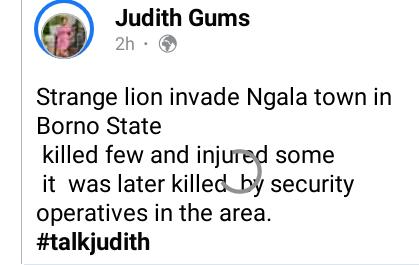