Nigerian activist and author, Reno Omokri has reacted after a man honoured him by naming his son after him. 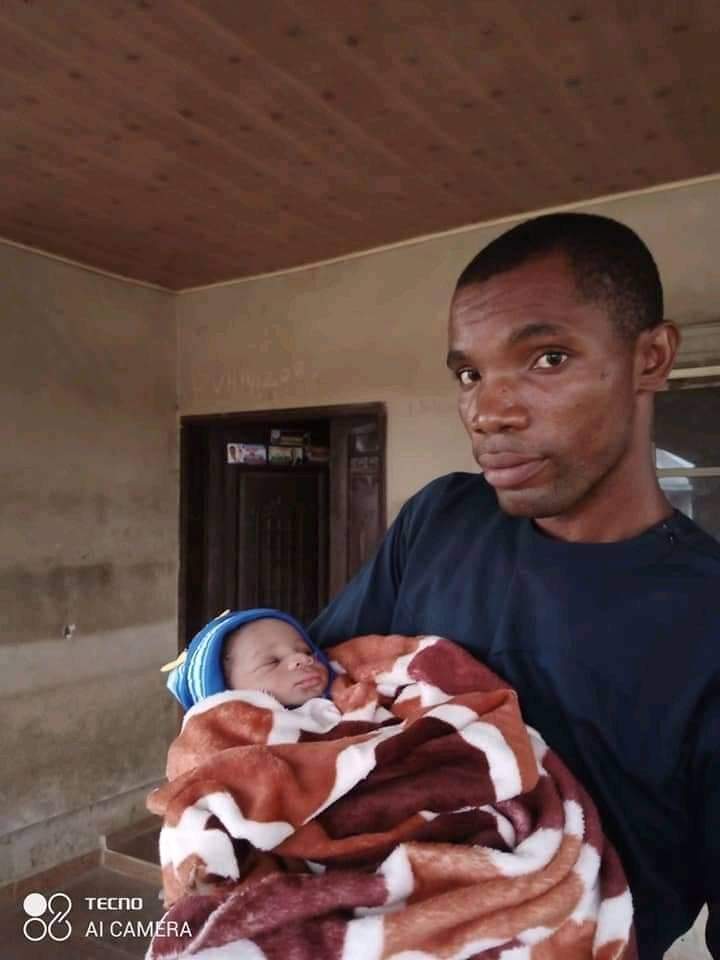 Paul Walks names child after Reno Omokri
A former aide to ex-president Goodluck Jonathan, Reno Omokri has promised to bless a man who named his baby after him.
A Nigerian youth, Paul Ife Walks had named his newborn baby after Reno.
Reno is Pastor Omokri's middle name.
Osazuwa Fredrick Nosa, a friend of the new father took to Facebook to congratulate his friend, Paul on the birth of his baby boy.
Paul in a Facebook post on Wednesday wrote;
“His name shall be called Reno. I name my son Reno, today 8th day of his birth in honour of Bemigho Reno Omokri, Special Assistant to former President Goodluck Jonathan.”
Reacting to the news, the number one bestselling author has promised to honour the new father.
He also described it as one of the greatest honours he have ever received. 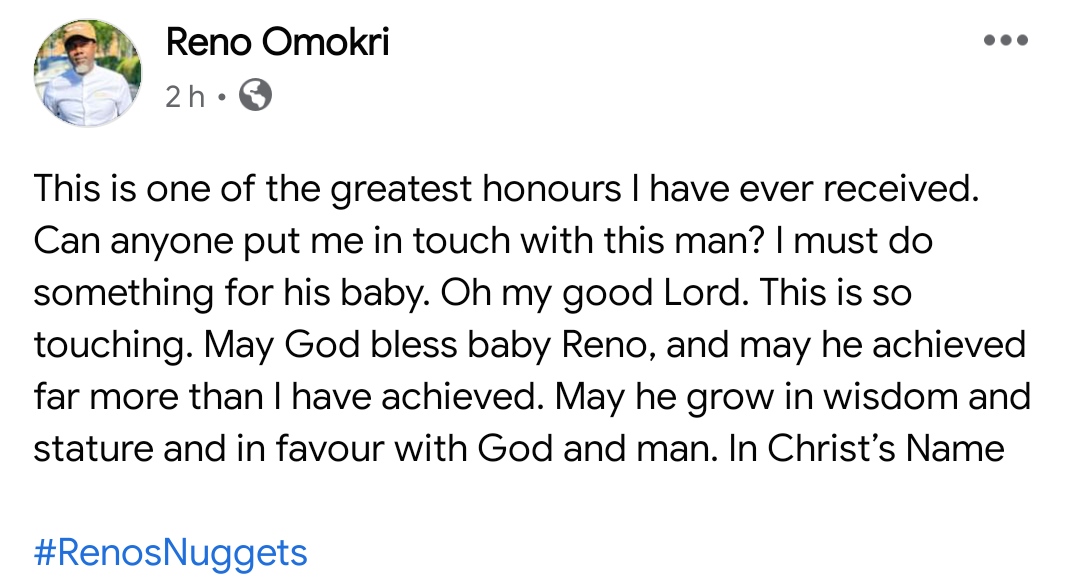 Pastor Omokri also prayed for the baby.
He wrote;
“This is one of the greatest honours I have ever received. Can anyone put me in touch with this man? I must do something for his baby. Oh my good Lord. This is so touching. May God bless baby Reno, and may he achieved far more than I have achieved. In Christ’s Name.”
Omokri, 47, is an ex-special assistant on media to Mr Jonathan.
He is described as only one of three spokesmen who remained loyal to Jonathan after his departure from office in 2015.
He recently welcomed a daughter named Ebele after former President Goodluck Jonathan.