A suspected fake staff of Chevron has been arraigned for duping an All Progressives Congress governorship aspirant millions of naira. 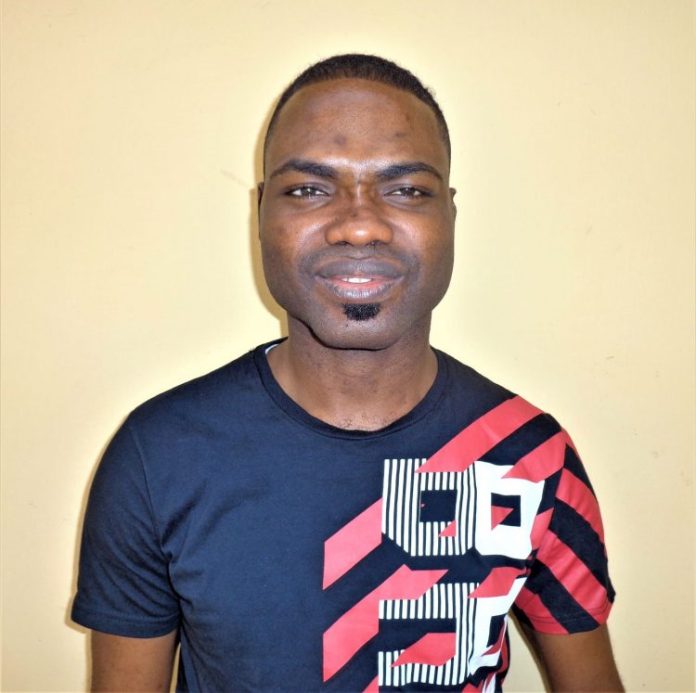 Uguru
A suspected fake Chevron Nigeria staff, Uguru Ozoemena Justus has landed in trouble.
It was gathered that Uguru was arraigned by the Economic and Financial Crimes Commission, EFCC, Enugu Zonal Office on Wednesday before Justice Phoebe Msuan Ayua of the Federal High Court, Abakaliki, Ebonyi State on one count charge of obtaining money by false pretense to the tune of N4.5 million.
Uguru allegedly defrauded an hotelier and former governorship aspirant of the All Progressives Congress (APC) in Ebonyi State, Dr. Edward Nkwegu, the said amount on the pretext of securing a contract for him at Chevron Nigeria Limited.
One of the charges reads: “that you Uguru Ozoemena Justus sometime between June 2019 and November 2019 in Ebonyi state, within the jurisdiction of the Federal High Court of Nigeria, with intent to defraud, obtained the sum of Four Million, Five Hundred Thousand Naira only (N4, 500,000.00) from Edward Nkwuegu when you presented yourself as a staff of Chevron Nigeria Ltd and capable of assisting him to get contracts and to recover his money from Chevron Nigeria Limited which pretence you knew to be false and you thereby committed an offence Contrary to Section 1(1) (a) and Punishable under Section 1(3) of the Advance Fee Fraud and Other Fraud Related Offences Act, 2006.”
The defendant pleaded ‘not guilty’ to the charges preferred against him by the EFCC.
In view of the plea of the defendant, the prosecution counsel, Nuradeen Shehu Ingawa asked for a trial date while the defence counsel, Daniel Uwadiegwu tabled an oral application for the bail of his client.
Justice Ayua granted the defendant bail in the sum of One Million Naira (N1, 000,000.00), and one surety in like sum who must be a responsible citizen with landed property within the jurisdiction. The surety must deposit two passport photographs with the Court, while his residence is to be verified by the EFCC.
The Court adjourned the matter till March 23, for trial.
The petitioner alleged that Uguru approached him in May 2019, that he had secured a job at Chevron Nigeria Limited and requested an attestation letter which he obliged him.
He further stressed that after a while, the defendant approached him again, saying he just returned from foreign training in the United Kingdom and had resumed work fully at Chevron, only to discover documents in his new office, indicating that Chevron owed the petitioner’s company, Edon Nigeria Limited.
He allegedly promised Dr. Nkwegu that as a staff of Chevron, he would not only ensure the payment of monies owed him, but would help secure another contract for him. He requested, and was given the sum of N4, 500,000.00, to bid for the said new contract.
The victim petitioned EFCC when he realised that the defendant was not a staff of Chevron, neither was there any new contract from Chevron.
Top Stories

"Anytime My Husband Cheats, He Cleans The House And Buys Me Gifts" – Lady Cries Out
Recent Stories