According to Ozuruigbo, he was deceived to wait for the deputy speaker who arrived at midnight and ordered his boys to beat him for criticising him on social media. 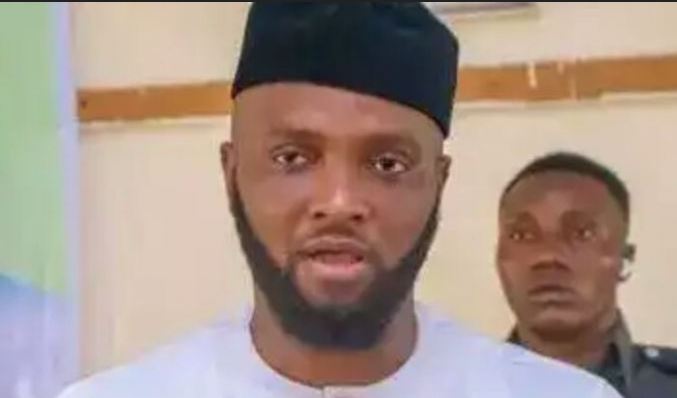 A comedian identified as Franklin Ozuruigbo has accused Amara Iwuanyanwu, the deputy speaker of the Imo state House of Assembly, of ordering his boys to beat him to a pulp and arresting him for criticizing him on Facebook.

According to Ozuruigbo, he was deceived to wait for the deputy speaker who arrived at midnight and ordered his “boys” to beat him for criticising him on social media.

The comedian who hails from the same community with the deputy speaker, Dim Na Nume community, whisked him to the state police command headquarters in Owerri after beating him and ordered that he should be put in custody.

He said that it took the timely intervention of the member representing Nwangele/ Nkwerre/ Njaba/ Isu federal constituency of the state, Ugonna Ozurigbo, who arrived at the command headquarters with his aides the same night and secured his release.

The command said that the deputy speaker told him before taking him down to the police headquarters that  “no human being from Nwangele can secure my release. I will make sure you rot in police custody. You can’t be insulting me on Facebook and get away with it. I will tell you that we own this state and country.”

Ozurigbo who showed journalists one of his broken arms tied with bandages said that he had been hospitalized since he left the police custody.

The comedian, who said that he was on his way to meet an appointment at the command headquarters, walked with the aid of a working stick.

Ozurigbo said, “I am here to let the world know how the deputy speaker of the Imo State House of Assembly, Amara Iwuanyanwu, brutalised me in his lodge on Friday night. After ordering his boys to beat me, he whisked me away to the police command headquarters in Owerri and dumped me there.

“He said that I was abusing him on Facebook through my videos but I make bold to say that I have not mentioned his name in any of my skits. I am just a comedian doing my job. The deputy speaker is my brother, who I worked for his victory in 2019. I was surprised how he decided to brutalize me.

“I want the world to hold the deputy speaker responsible should anything happen to me or any member of my family. I also feared that I was poisoned at his lodge because I took the drinks they gave to me before his arrival because I never suspected any foul play. I have been having stomach upset since I took that drink.

“I want to especially thank the member who is representing my federal constituency, Ugonna Ozurigbo, for coming to my rescue. The deputy speaker should know that power is transit. He will not be deputy speaker forever. I will seek legal redress after I have been satisfied fit and healthy by my doctor.”

But when contacted, the Chief of staff to the deputy speaker, Paul Duru, said that Ozurigbo, was not brutalized by his principal.

He said that the comedian was arrested following a petition his principal wrote to the state Commissioner of Police on character defamation.

The deputy speaker’s aide said that the comedian had been defaming Iwuanyanwu all in a big to “extort more money from him after he had given him N300,000 five months ago.”