Oh No! President Buhari's Top Appointee, Who Is the DG of ICRC Is Dead


An appointee of President Muhammadu Buhari put in charge of the Infrastructure Concession Regulatory Commission has passed away. 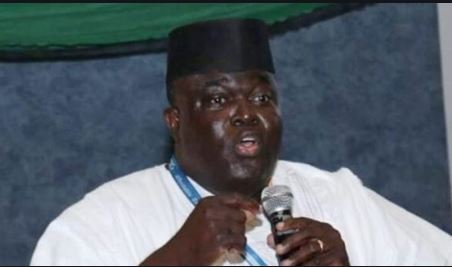 Chidi Izuwah
A top appointee of President Muhammadu Buhari is dead.
Chidi Izuwah, director-general of the Infrastructure Concession Regulatory Commission (ICRC) died on Tuesday morning after a protracted illness.
The Cable reports that he died after a protracted illness which he had been receiving treatment for in South Africa since 2020.
The ICRC also confirmed the death of its director-general via its official Twitter page on the same day.
“It is with a heavy heart that we announce the passing of our DG/CEO Engr Chidi KC Izuwah. May his soul rest in perfect peace Amen.”
Some respondents to the tweet expressed their condolences to the ICRC, while some others shared their encounter with the deceased when he was alive.
Aliyu Nasir Othman wrote:
“Accept my condolences. A unique professional that led ICRC to greatness devoid of interference from any quarter.”
Danlami Adaritgo wrote:
“My condolence to all. It is a great loss!! I have fond memories of him, RIP Oga Chidi.”
Suru Daniels wrote:
“This is so sad! The country just lost a very sound and competent mind!!!”
Arctic Infrastructure, a Lagos-based organisation, wrote:
“We commiserate with the ICRC family over the passing of its CEO, Engr. Izuwah. He brought so much energy and vibrancy to the commission. Accept our condolences at this time.”
Orinyomi Olanrewaju wrote:
“May his soul rest in peace. This is a loss to the nation. He will be fondly remembered for his brilliance.”
Ahmad Salihijo, CEO of the Rural Electrification Agency wrote:
“May his soul rest in perfect peace and May God give his family the strength to bear this loss. Engr Chidi was a mentor and it was a privilege to have worked with him early in my career.”
IJ Jamiu wrote:
“May his soul rest in peace, May God grant his family the fortitude to bear his loss.”
Diran Adejumo wrote:
“Very sad news.”
Top Stories