A gunman on Monday afternoon attacked a grocery store killing at least 10 persons. 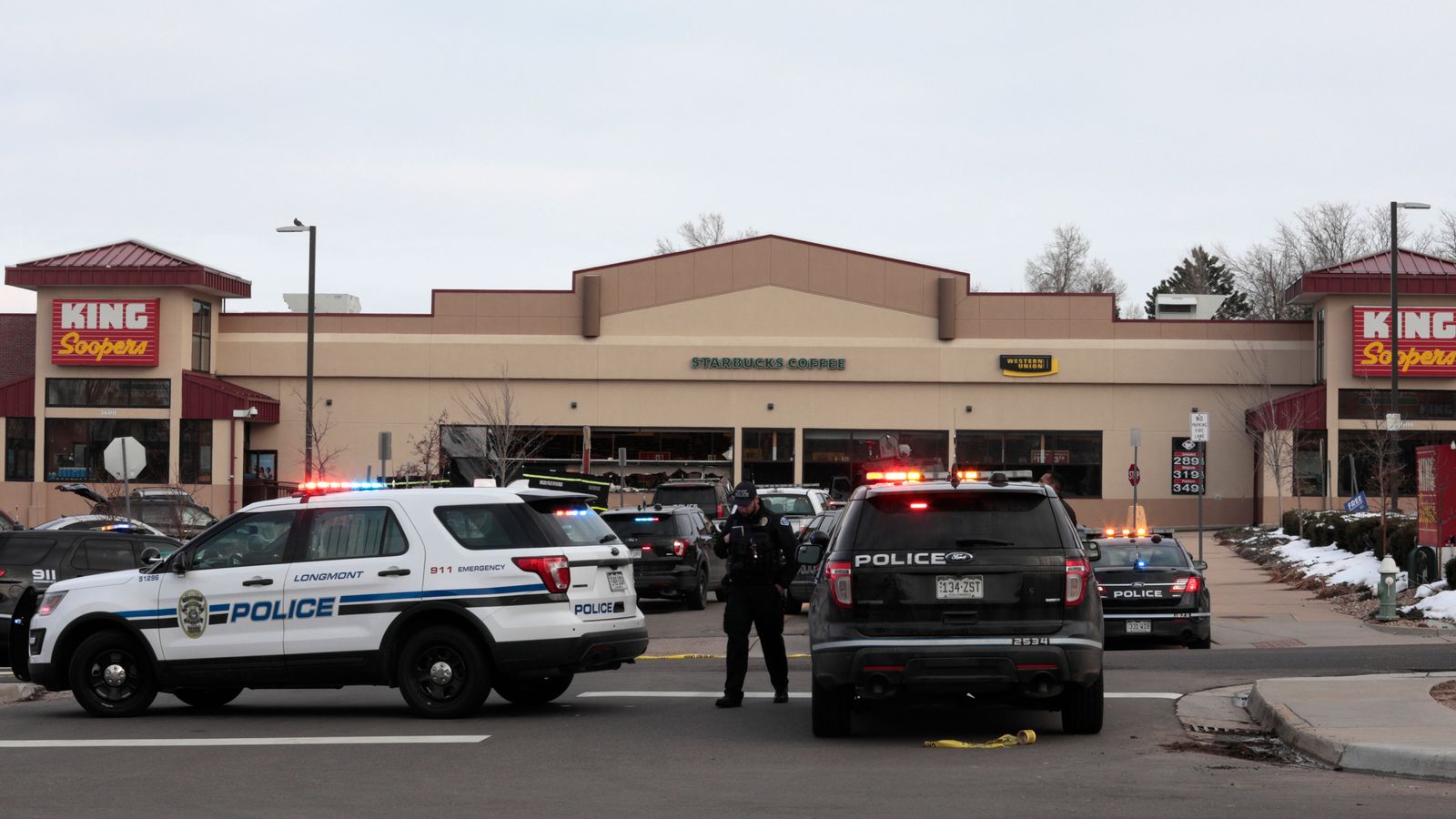 10 persons killed at a grocery store in US
A gun attack at a grocery store in Boulder, Colorado in the United States of America has left at least 10 persons dead.
A police officer who was first on the scene also died in the tragic incident.
Eric Talley, 51, was named as the officer killed at the King Soopers store on Monday afternoon.
He went to the supermarket following a call about shots fired by someone with a rifle, said Boulder police chief Maris Herold.
A suspect has been arrested but there is no word yet on a possible motive.
Boulder Police Department tweeted their respects to the police officer, who had been with the force since 2010.
The tweet said: "Rest In peace Officer Eric Talley. Your service will never be forgotten."
Boulder County district attorney Michael Dougherty said Mr Talley "was by all accounts one of the outstanding officers" of the police department.
He described the incident as a "nightmare", adding: "These were people going about their day, doing their shopping. I promise the victims and the people of the state of Colorado that we will secure justice."
On witness inside the store who live-streamed video on YouTube, Dean Schiller, said he saw three victims but was unsure on their condition.
Sarah Moonshadow, 42, said she heard shots as she and her son reached the checkout and saw "someone laying in the road" as they fled.
Ms Moonshadow added: "And I tried to run towards him, and Nicholas pulled me away and he said, 'We have to go.' And we just ran and hid behind the building." 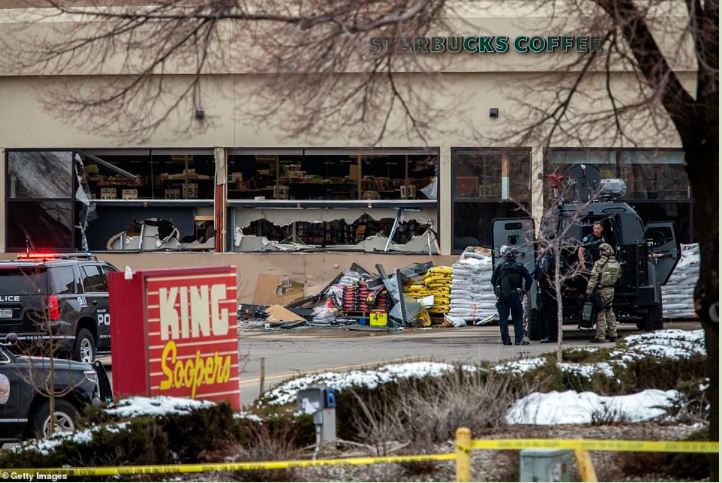 Video showed a shirtless, bearded man in boxer shorts being led away from the store in handcuffs.
SWAT teams and at least three helicopters were sent to Boulder - about 28 miles north of central Denver - after the shooting started around 3pm.
Identities of the other nine victims have not yet been disclosed as police were still notifying their families.
Colorado governor Jared Polis tweeted to say he was devastated by the incident.
"My heart is breaking as we watch this unspeakable event unfold in our Boulder community," he said.
White House press secretary Jen Psaki tweeted that President Biden had been briefed on the incident.
Colorado was also the location of two other infamous mass shootings - the Columbine school massacre in 1999 and the Aurora cinema shooting in 2012.
The latest attack was the seventh mass killing this year in the US.
It comes less than a week after eight people were murdered, including six Asian women, in shootings at massage parlours in and around Atlanta, Georgia
Top Stories