Yakubu Gowon has stated that for the peace and tranquility of the country to remain, the position of the president must be rotated among the geopolitical zones. 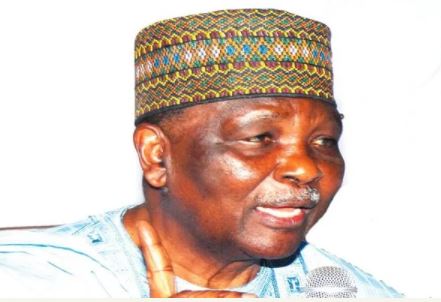 Yakubu Gowon
A former Nigerian military ruler, Yakubu Gowon has called for the position of the president to be rotated among the six geo-political zones.
Gowon said rotating the office is key to peace, tranquility and development.
Besides, the elder statesman, who spoke in Abuja at 100th anniversary of Barewa Old Boys Association (BOBA), canvassed the rotation of the presidency among the 19 Northern states, adding that, no ethnic group is better outside the nation than inside as one united Nigeria.
He suggested that Nigeria should henceforth, have two vice presidents, saying that one of them should come from the zone producing the President and the other elected into power during the presidential election.
Gowon who spoke on the topic: “Barewa College at centenary: Past, present and future,” also said the governorship position in all states of the federation should also be rotated among the three senatorial districts, saying that, such would help address the crisis of marginalisation.
Stressing the need for a united Nigeria, Gowon said Boko Haram, banditry and kidnapping have threatened the peace and the tranquility needed for educational development in the country.
He said: “Presidency should be zoned and rotated among the six geo-political zones of the country. This is key to peace, tranquility and development of our country.
“Also, among the 19 northern states, the Nigerian presidential position should be rotated.”
On insecurity, Gen. Gowon said: “Insecurity is giving the northern region a bad name and image and the need to make the North peaceful again cannot be overemphasized.
“Boko Haram, banditry, kidnapping have threatened the peace and tranquility needed for educational development in our land.
“Insecurity in any nation threatens development, law and order. Insecurity must be ruthlessly dealt with collectively to pave way for the development of the education sector and development.”
The Sultan of Sokoto, Alhaji Muhammad Sa’ad Abubakar, said children of the poor in the North often described as (talakawa) were never prevented from going to school.
Debunking a statement that the northern elite did not allow the children of the talakawa to go to school, the sultan said such statement was false and should be disregarded.
Urging every northerner to speak against the statement, the one-time head of state said: “As a child, I attended the same school with children of our Dogari and Talakawa.”
He also stressed the need to support girl-child education, saying the girl-child remained one of the best children to train because she in turn manages the home and trains children to behave positively in society.
“We will continue to support and educate our children. If we are against education why are we spending millions to train our children.”
Top Stories