The social media user accused the Principal and teachers of brutalising the students and concluded some people should be behind bars. 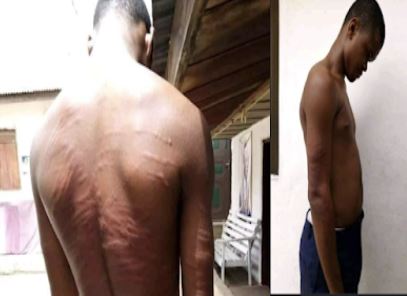 A man took to social media to accuse a principal and two teachers of a school in Benue State of physically assaulting a student for missing classes.

A social media user who is an ex-student of the school posted the news saying, they used to hear good news from the school while they were there but now, it's different.

He accused the Principal and teachers of brutalising the students and concluded some people should be behind bars.

“A priest/principal/staff that superintends over this kind of dehumanization should have nothing to do with administration. This is beyond evil! And for missing classes?

We once heard only news of glory coming out from my alma mater, not this…

I’m pained because one of the persons fingered in this beat us like slaves while we were just 11year olds in JSS2 and has continued with manhandling students without any consequences.

This happened in a PRINCIPAL’S OFFICE?

People should be behind bars.” 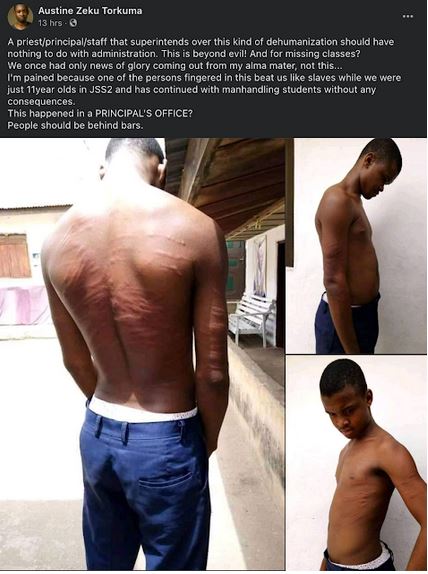 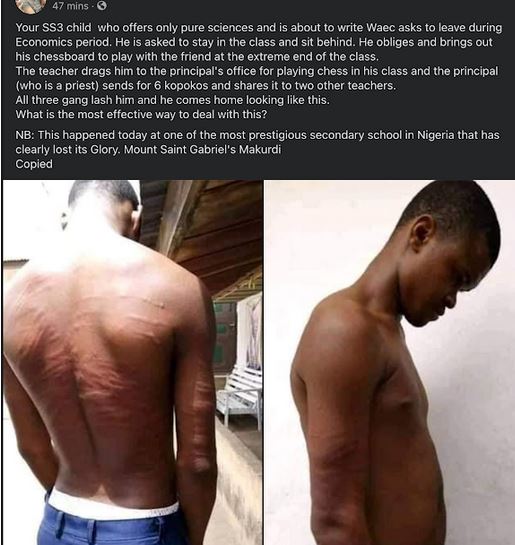