The son of President Muhammadu Buhari, Yusuf is set to marry the daughter of an Emir. 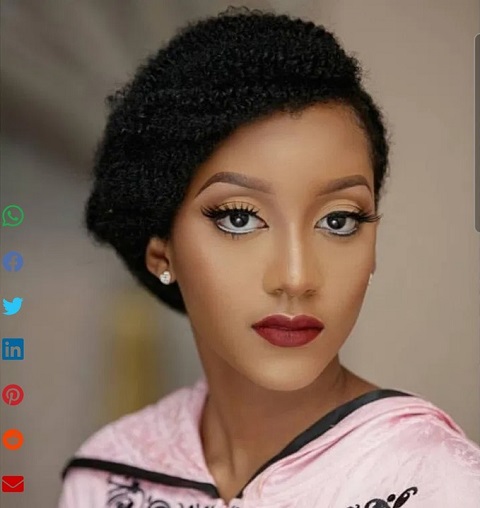 Zahra Bayero
President Muhammadu Buhari's son, Yusu Buhari is about to get married.
The son of President Muhammadu Buhari it has been gathered, is planning to marry the daughter of Emir of Bichi in Kano State, Nasir Bayero.
According to Daily Nigerian who broke the news, Zahra Bayero is currently a bachelor’s student in the United Kingdom, studying architecture.
Yusuf is a 2016 graduate of University of Surrey, Guildford, United Kingdom.
The wedding ceremony will take place “in the next two to three months”.
“Preparations are on top gear for the grand event. As the tradition provides, the parents of the groom have met with the parents of the bride to express Yusuf’s interest in marrying Zahra,” the source said, pleading anonymity.
The source added that the event would have taken place earlier but for the absence of the groom’s mother, Aisha Buhari, who recently returned from a six-month medical trip in Dubai.
“Now that his mother returned a few weeks to Ramadan [Muslim holy month], it is clear the wedding will take place after Sallah holidays,” the source said.
On December 27, 2017, Yusuf was involved in a ghastly power bike accident around Gwarinpa area of the Federal Capital Territory, Abuja.
He was stabilized for about a month at an Abuja hospital before he was flown abroad for treatment. He returned to Nigeria from the medical trip on March 1, 2018.
He remains reclusive after miraculously surviving the ghastly powerbike crash.
Top Stories