He was born a month premature, weighed five pounds 13 ounces, and is now back home and doing well after spending three days at the hospital where he was delivered. 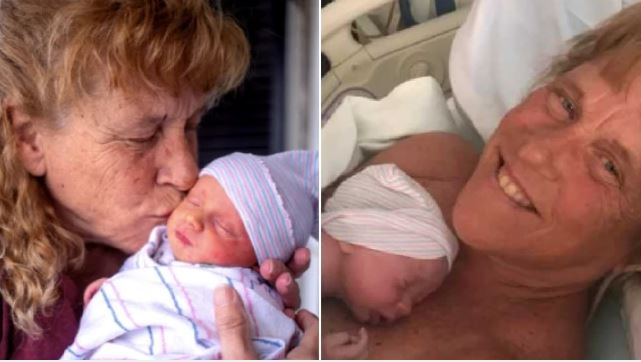 Barbara Higgins with her child

Barbara Higgins, a 57 year-old teacher has given birth to a healthy baby boy, according to Metro UK.

The woman gave birth five years after losing her 13 year-old daughter to a brain tumor.

He was born a month premature, weighed five pounds 13 ounces, and is now back home and doing well after spending three days at the hospital where he was delivered.

Barbara and her husband Kenny Banzhoff, 65, are delighted with their new arrival, with Barbara explaining that her successful desire to have another child was prompted by daughter Molly’s death in 2016.

She said: ‘In 2016 my daughter Molly died from an undiagnosed brain tumor. (It) was a traumatic, life-altering, horrifying experience. It hobbles you completely.’ Barbara said that she began to have vivid dreams about having another baby while mourning Molly.

She added: ‘It was a pretty persistent dream. I’d wake up with an overriding feeling that I need to have another child. I was 53 at the time.’

Barbara and Kenny approached Cardone & Associates Reproductive Medicine & Infertility clinic in Stoneham, Massachusetts, who agreed to help them try to get pregnant. 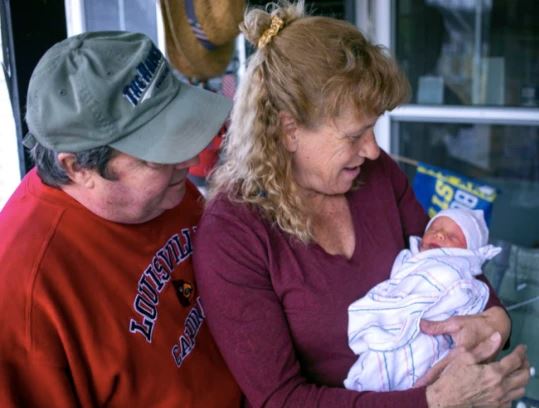 Dr Vito Cardone hailed Barbara’s story as ‘wonderful.’ He said his clinic’s cut-off age for potential treatment is 56, and that anyone over 45 must undergo a battery of physical and psychological tests before being allowed to proceed.

The mom was herself diagnosed with brain tumors while trying to Jack – and credits her newborn son for leading to the diagnosis, and ultimately saving her life.

Barbara, who was successfully treated in New York said: ‘I look at Jack as my life saver.

The new mother credits her healthy lifestyle and strict exercise regime with keeping her fit, and thinks this may have helped her get pregnant.

She continued to lift weights right up until before her labor, the Boston Globe reported.

Barbara says her 19 year-old daughter Gracie is just as besotted with Jack as she and Kenny.

Sharing her delight at her new arrival, she said: ‘He’s doing great, and he’s gaining weight. He’s adorable.’ Maria del Carmen Bousada de Lara, from Spain, was the oldest mother ever to give birth, and welcomed twins in 2006 at the age of 66 after undergoing IVF.

She died of ovarian cancer in July 2009, when her sons were just two-and-a-half years old.

The boys are now cared for by their cousin and his wife.

Older women are more likely to suffer health issues, or give birth to children with underlying health conditions, than younger mothers.