"Leaving My Marriage Was The Best Decision Ever" - Actor Blossom Chukwujekwu’s Rx-wife, Maureen


Maureen Esisi, the ex-wife of actor Blossom Chukwujekwu has revealed she was broke after her marriage crashed. 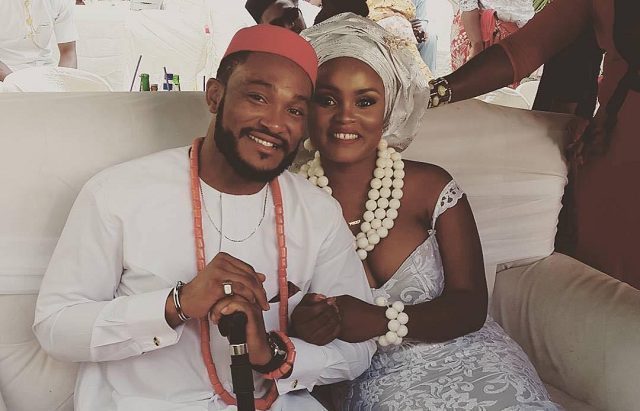 Actor Blossom Chukwujekwu and ex-wife, Esisi
Maureen Esisi, a Nigerian fashion designer, and former wife of actor, Blossom Chukwujekwu has shared more insight about her crashed marriage.
Esisi took to her social media account to reveal that leaving her marriage to the actor was the best decision life has thrown at her.
This is coming weeks after she declared herself to be the best thing that can ever happen to any man.
Maureen took to her Instagram page, in a video, she uploaded as she talked about her collapsed marriage, and how she attempted suicide. Thus, revealing that breaking up from the marriage with the actor was the best decision ever made.
In her own words she said;
”I left my marriage broken and penniless. God, I could remember like it was yesterday. I had no money in my account; my business had suffered a lot. I moved out of my then home. It wasn’t easy. For the first time in my life, suicide felt like it was the only thing I could do. How time flies. Two years later, I could tell you this for a fact; it was the best decision I have ever made.”
Top Stories