A Nigerian woman has been stabbed to death by armed robbers just weeks before she relocates to Canada. 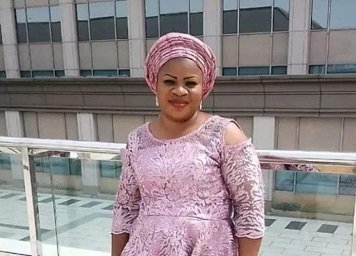 Odugbesan
A Nigerian woman who had concluded plans to relocate to Canada with her family has been stabbed to death just weeks to her dream travel.
The 41-year-old woman identified as Oluwakemi Odugbesan was stabbed to death by suspected armed robbers around Oduntan in Ketu, Lagos.
The deceased was said to have been stabbed multiple times by her attackers around 6 am on April 10, which happened to be her husband’s birthday.
It was gathered the woman was returning from a vigil when her attackers, in an attempt to collect her phone and handbag, stabbed her multiple times on the chest and rib regions.
Sources said the deceased, her husband and three children were billed to relocate to Canada in few weeks before her unfortunate death.
It was gathered her attackers were the ones who called her parents with her phone to inform them she was fatally injured.
Following the information, relatives were said to have raced to the scene and rushed the woman to a hospital on Oduntan Street, where she was pronounced dead.
Her murder was said to have thrown the entire community into panic with residents demanding an end to attacks by armed hoodlums who usually laid siege on commuters early in the mornings or at nightfall.
Spokesman for Lagos Police Command, Olumuyiwa Adejobi, said the case has been transferred to the homicide section, State Criminal Investigation Department (SCID) for discreet investigation.
Top Stories