A former Chief of Army Staff, Lt Gen Abdulrahman Dambazau has been accused of making money from the insurgency. 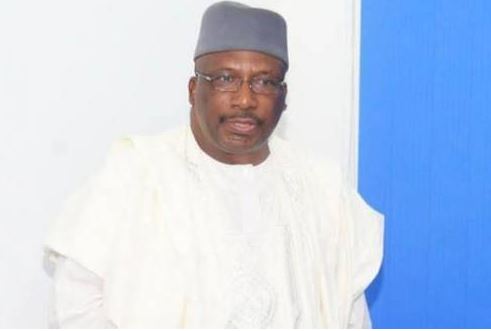 Dambazau
A former Chief of Army Staff, Lt Gen Abdulrahman Dambazau (retd.) has been accused of profiting from the war against Boko Haram terrorists which he used to buy choice houses in Dubai.
The shocking revelation was made by the Oodua People’s Congress who further stated that Dambazau made fraudulent money from the Boko Haram war, bought choice houses for himself in Dubai, the United Arab Emirates and the United States.
The OPC said the probe of Dambazau was swept under the carpet; otherwise, he would have been exposed as a key sponsor of the Boko Haram terrorism.
Earlier, the former army chief and minister had equated the OPC group and others to the terrorist organisation, Boko Haram.
The OPC President, Otunba Wasiu Afolabi, said Dambazau and his likes should realise that there is no Federal Character in terrorism.
He said, “The South-West has never bred any terrorist organisation, least of all OPC. These are people who feel that the tragedy they brought upon their part of the country should be duplicated in the South. But it won’t work, not even with the backing they are giving killer Fulani herdsmen.
“Northern leaders have treated Boko Haram like a pet snake and allowed it to grow stronger instead of killing it once and for all. What they should realise is that there is neither Federal Character nor Quota System in terrorism. The North should call a spade a spade and demand its leaders to bring this ugly Boko Haram insurgency to a close.
“It is no longer a secret that Generals like Dambazau turned the fight against Boko Haram into an ATM. Dambazau and the others exploited the Boko Haram insurgency to amass massive blood money that allowed him to purchase choice houses in places like Abuja, Dubai and the US. His tenure was characterised by several acts of corruption that have been swept under the carpet.”
Afolabi said OPC would continue to partner with security agencies in the South-West to tackle criminals and criminalities.
“A case in point was the last #EndSARS protests. OPC operatives guarded the police stations and prevented several of them from being burnt down. Several Divisional Police Officers, personnel and men are living witnesses to our action on that occasion.
“Where was Dambazau when people were dying for June 12 and democracy? Hundreds of OPC warriors paid the supreme price for the democracy under which Dambazau became Chief of Army Staff (2008 and 2010) and Minister of the Interior (2015 to 2019).”
Top Stories