The Police in Thohoyandou has arrested the 15-year-old Schoolgirl for allegedly assaulting another learner who later died in an apparent suicide. 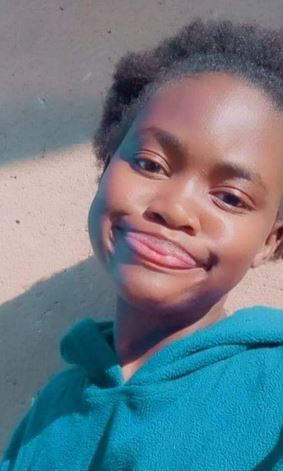 The 15-year-old student who bullied a pupil which led to her taking her life has been arrested by the police in South Africa.

We reported that 15-year-old Lufuno Mavhunga committed suicide after she was bullied and assaulted outside her school premises on Monday.

A video showing the pupil being repeatedly slapped in the face has caused outrage, with social media users calling for action, using the hashtag #JusticeForLufuno. 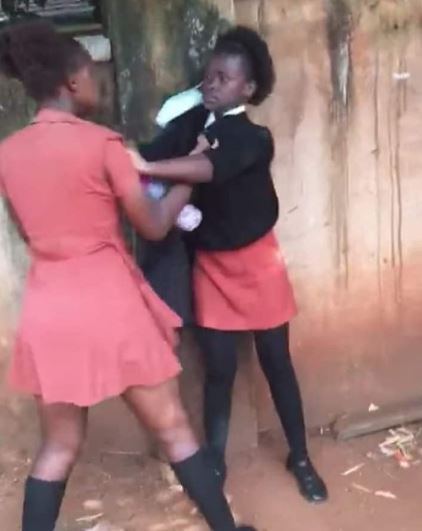 Police spokesperson, Brigadier Motlafela Mojapelo, who confirmed the development in a statement on Wednesday, April 14, said the arrested child will be dealt with in accordance with the Child Justice Act.

According to the spokesman, Lufuno Mavhunga reportedly went home in the afternoon following the incident, locked herself in her room and consumed an overdose of tablets

"The Police in Thohoyandou have arrested a 15-year-old School girl for allegedly assaulting another learner who later died in an apparent suicide.

The suspect is a learner at Mbilwi Secondary School in Thohoyandou. The incident, which was captured on video and went viral on social media, allegedly took place at Sibasa Block A on Monday 12 April 2021 at about 11h30 and was reported to the police on Wednesday morning," the statement reads.

"The victim reportedly went home in the afternoon and on arrival, she allegedly locked herself in the room and consumed an overdose of tablets. She was apparently found by her mother lying unconscious and was taken to Siloam hospital where she was certified dead on arrival. The deceased was also a learner at the same school. An inquest docket has been opened and police investigations are continuing. The arrested child will be dealt with in accordance with the Child Justice Act."

Meanwhile, the SA Human Rights Commission in the province said it would conduct a fact finding visit to the school.

"The commission underscores the importance of section 28 of the Constitution which determines that the best interests of children are considered paramount in all matters considering them. The commission also recognises that the Children’s Act 38 of 2005 includes bullying as a form of child abuse,” the commission said.

Lufuno's family has described the girl as a bright and independent child. Her brother, Kenneth Mavhunga said they had big dreams for her future.

"Lufuno was the last girl in our family so she got the attention from her parents and all her sibling. Lufuno was a smart child, we were hoping that she will become something in the community, something in this life," Kenneth said.

"What we know from the principal when they were asking the one who assaulted her what was the reason, she said it's because Lufuno has blocked her on social media or on Facebook, that might tell you that something was happening there.

"We believe that something was happening on Facebook. The only thing that's very much painful is the one who assaulted [her] felt she had the right not to be blocked by someone on their account. But we will remember Lufundo as someone who was very much independent" he added. 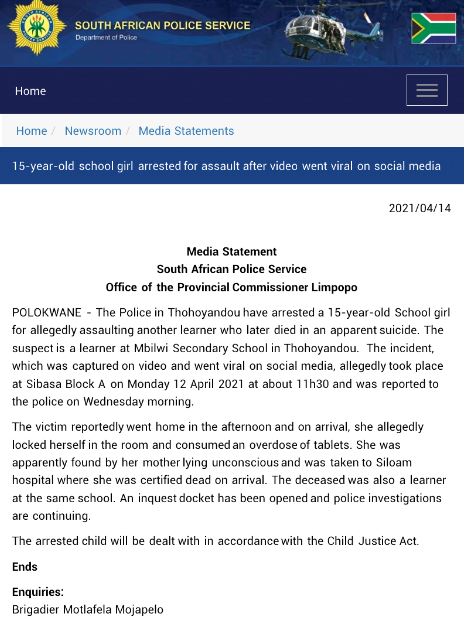