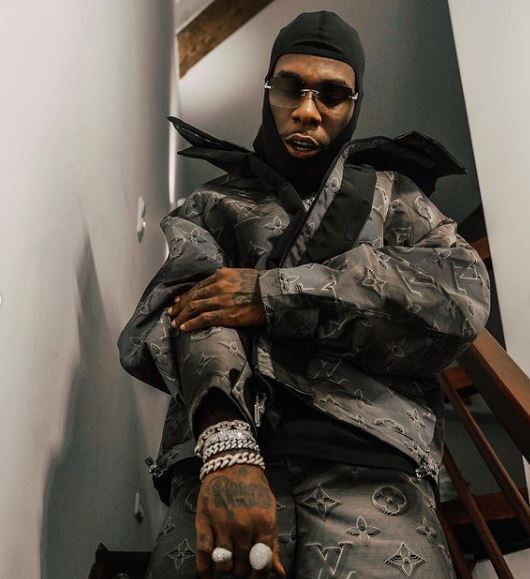 Burna Boy
A fan has called out Burna Boy for always competing with fellow singer, Davido.
The die-hard fan of the DMW Boss, Davido accused Burna Boy of competing with his idol after he was spotted rocking lookalike pieces of jewellery that was previously worn by Davido.
Davido's hand had previously been referred to as the most expensive hand in the music industry, due to the kind of pieces of jewellery that were seen on it.
However, it seems Burna Boy wants to change that with his new style. The fan frowned at the competition Burna Boy is bringing.
See the tweet below:

why burna dey always compete? i just knew he was going to do this 😂 pic.twitter.com/aNcCDIDbhD