Halima made the disclosure after a fan asked her to apologise to her colleague, Cossy for what she did to her in the past. 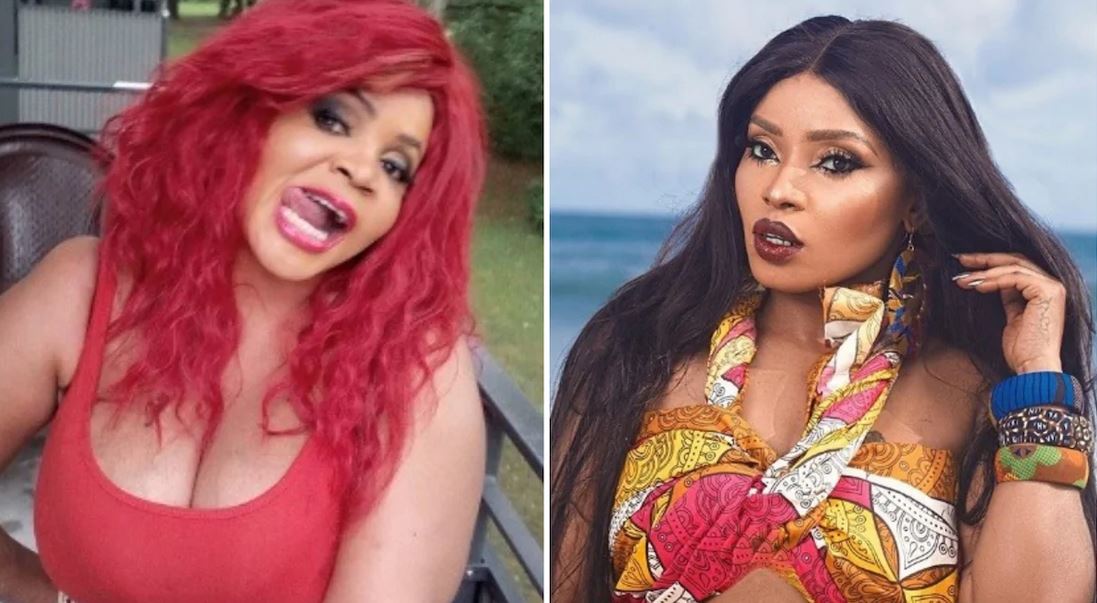 Nigerian actress, Halima Abubakar has alleged that she fed and sheltered her colleague, Cossy Orjiakor in her messy fight with Bobrisky.

Recall Halima and Bob had called each other out yesterday on the gram with Bob in a chat released by Halima called her broke and unwell.

Bob also asked the actress to stop gossiping about her friends and maybe just then, her life would move forward.

Halima days ago had threatened to reveal some bad friends and began yesterday by calling out Bob.

Shortly after the call out, her comment section went on fire with some supporting Bob and calling Halima bitter, while others encouraged Halima to keep dragging the male barbie.

Well a fan of Bob tagged the actress and asked if she has also apologised to Cossy for what she allegedly did to her in the past. This made Halima upset and slammed the fan. 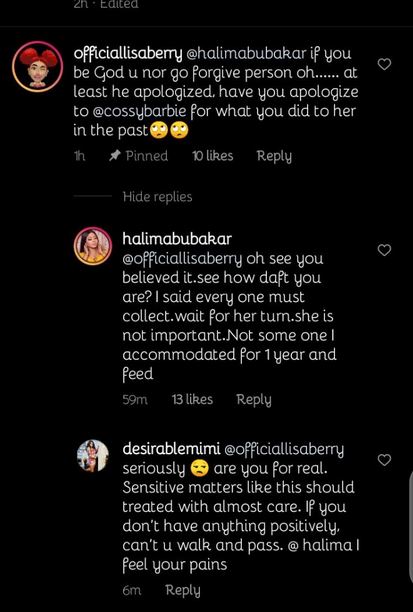