According to reports, after the two had a misunderstanding, she set his house ablaze and then fled with her meagre belongings. 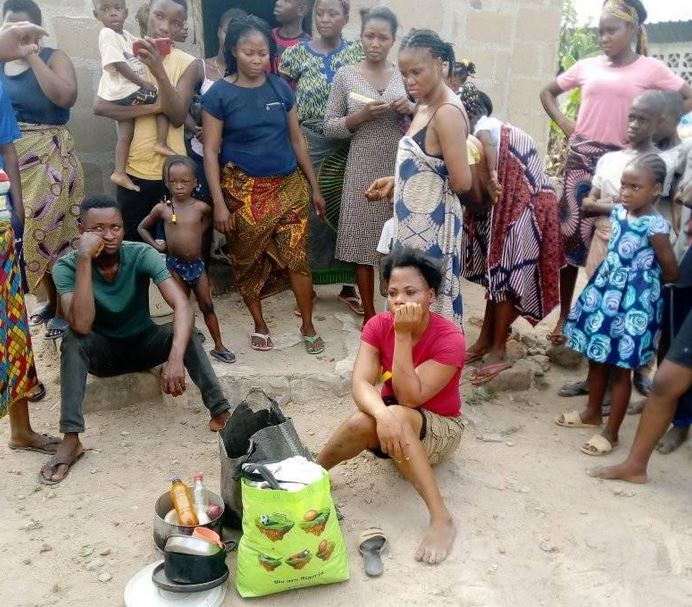 Woman Sets Her Boyfriend's House On Fire Over Misunderstanding In Benue

A lady allegedly set her boyfriend's house on fire in Benue State over a misunderstanding.

The incident happened in the Achusah area of Makurdi, the state capital on Wednesday morning, April 21.

According to Igila Fanem Philip, who disclosed this on Facebook, the couple had a little misunderstanding on Tuesday night.

After he left for work in the early hours of today, she set his house ablaze and then fled with her meagre belongings.

She was, however, apprehended by the local vigilante group with the help of neighbours on Wednesday afternoon. 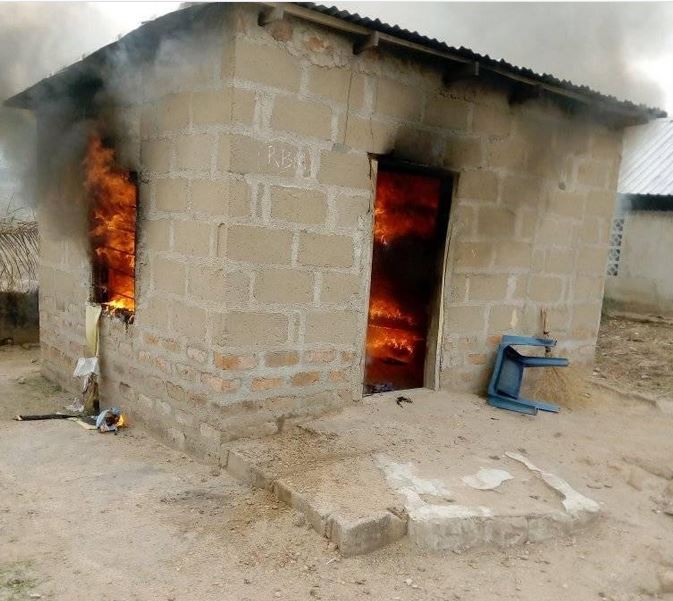 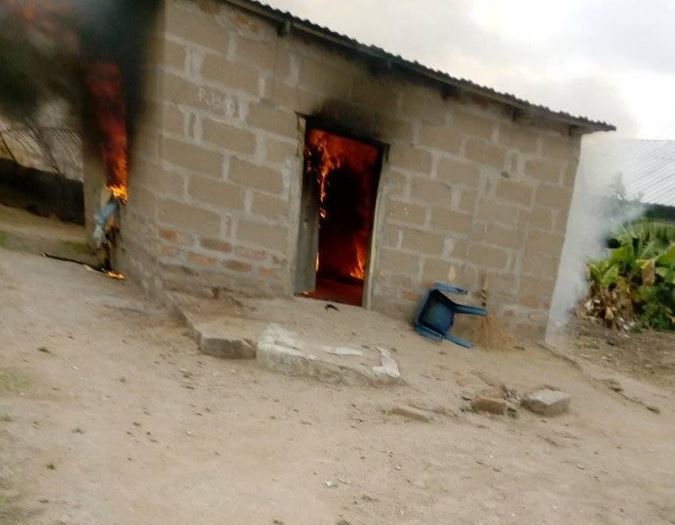 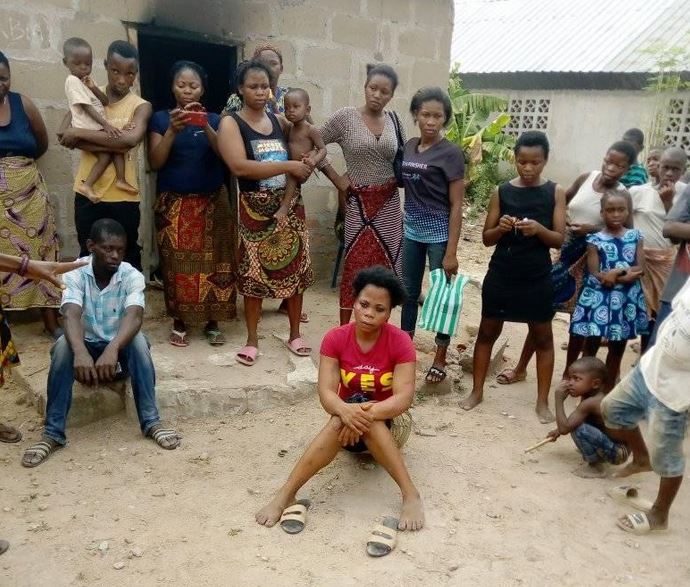 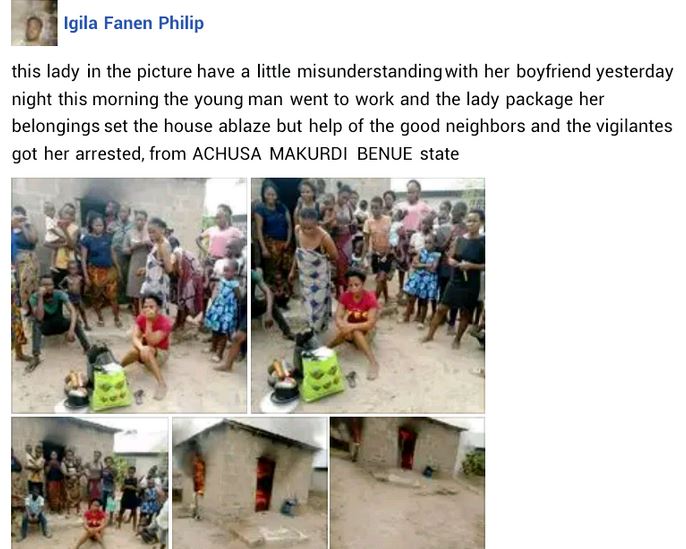