A woman has been dragged to court and arraigned for pretending to be disabled and using children to beg. 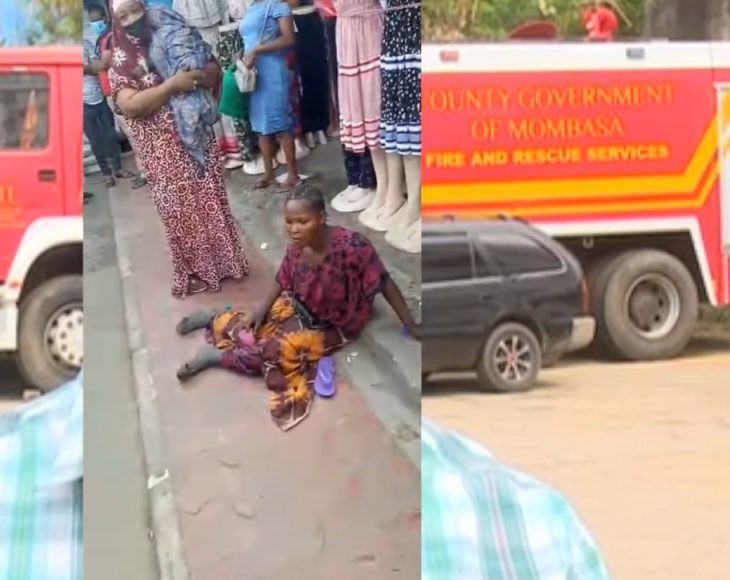 The arrested woman
A 23-year-old from Tanzania has landed in trouble after she was caught pretending to be a disabled mother and using children to beg for money.
The incident happened in Kenya's coastal city of Mombasa.
Ibrahim Basafar, the County inspectorate Deputy Director in charge of operations said the lady was nabbed following a tip off from members of the public on the activities of suspicious group of foreigners around Makadara in Mombasa.
Basafar said the children caught with the Tanzanian national were not her own children but those ‘rented’ from Kenyan parents.
He said;“Our officers have been investigating this syndicate of con artists from Tanzania. We even have a court case against one suspect who traffics them to Mombasa."
The County inspectorate Deputy Director further revealed that the con woman makes about Ksh 20,000 to Ksh 15,000 (N53,0000-N72,000) a day and pays the mother of the child Ksh 3,000 (N10,000).
He warned parents against renting their children as the minors are subjected to harsh conditions.
Basafar said;
“The sunlight is harsh, there is dirt and sometimes they are even rained on. These children are 10, 12 and 15yr olds.
“We have people at Coast General Hospital who can’t afford medication. They are in pain. These are the people we need to help and not these con men."
The suspect appeared before Senior Resident Magistrate Rita Amwai and was charged with two accounts of obtaining money by false pretense and another of being in the country illegaly.
She pleaded guilty to both counts and was sentenced to 1yr in prison for the charge of obtaining money by false pretense. She was also given an option of paying a fine of Ksh50,000.
On the second count of being in Kenya illegaly, Judge Amwai gave repatriation orders after fulfillment of the first judgement.
Top Stories