At least three armed robbers have been shot dead by the police during a gun battle. 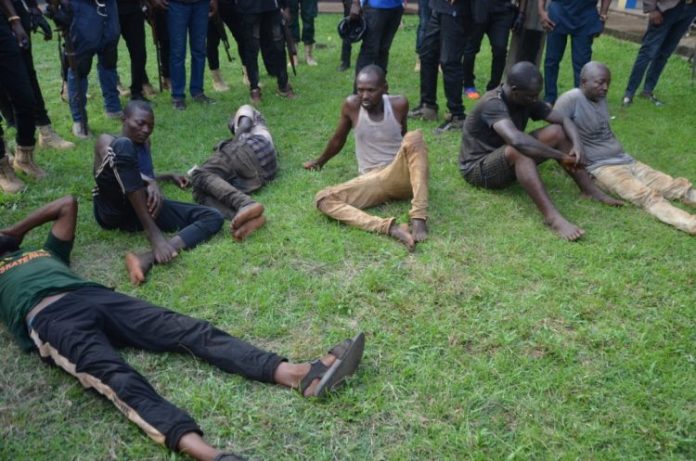 Robbers killed in Edo state, victims rescued
It is the end of the road for three armed robbers after they were shot dead during a shootout with the police.
The incident happened in Edo state. The police also rescued seven kidnapped victims in the processes.
The victims were rescued at the notorious Ahor axis, along Benin bypass, where 13 victims were rescued last Saturday.
This was disclosed Monday night, in a statement endorsed by the State Police Command’s spokesman, SP Kontongs Bello.
The statement noted that the rescue operation was “in continuation of the bush/forest combing, as promised by the Commissioner of Police, Edo State Command, Phillip Aliyu Ogbadu.
“The combined team encountered the kidnappers at Ahor axis, engaged them in a fierce gun battle killing three of the kidnappers and rescued 7 kidnapped victims,” it added.
Bello expressed CP Ogbadu’s assurance to continue to sustain the tempo, even as he promised not to relent until he rids the state of kidnappers and other criminals.
The victims who were abducted between 7th and 8th May, were traveling from Ondo State to Onitsha, in Anambra State, and Onitsha to Lagos.
“The Commissioner of Police sought collaboration and partnership of stakeholders, through information sharing, especially those around Ahor community and environs.
Top Stories