A Cross River University of Technology student who went missing has finally been found. 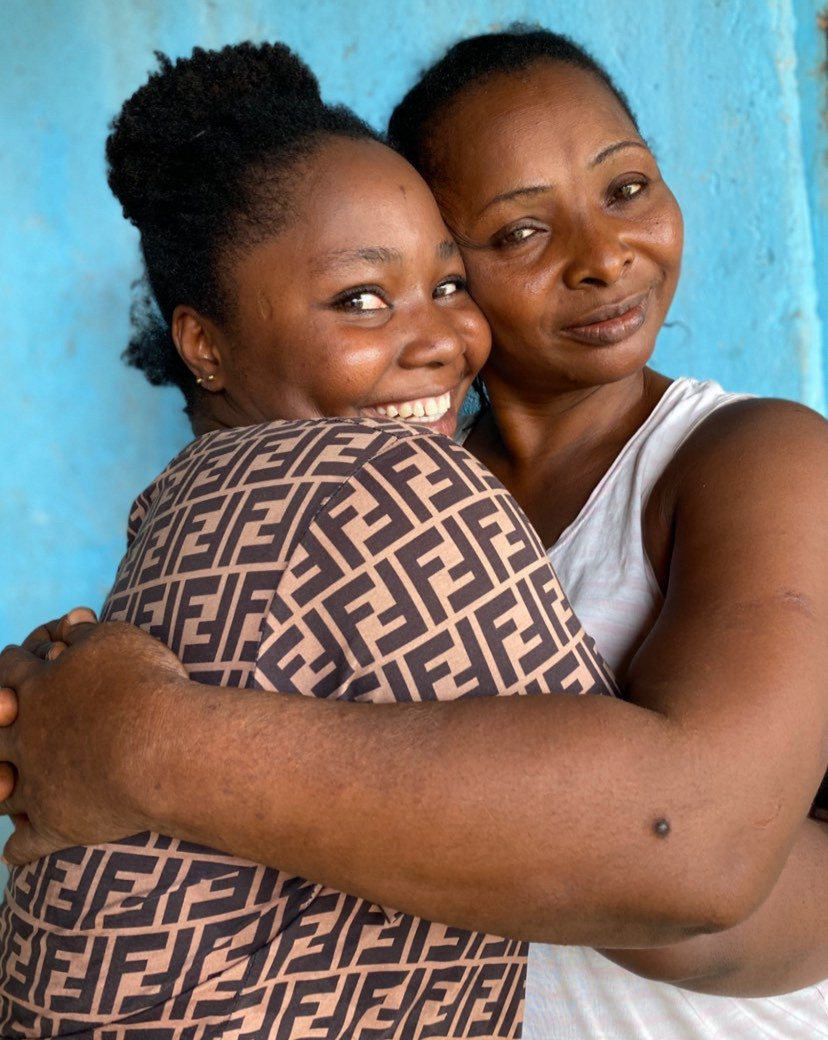 Ojong reunites with her mother
Priscilla Ojong has finally reunited with her mother.
The 300-Level  Mass Communication student of Cross River University of Technology (CRUTECH) went missing since last week.
Her friends and relatives began an online search for her after she allegedly traveled from Calabar to Lagos State on the invitation of a male friend and remained incommunicado for over three weeks. Read the initial report here.
Priscilla last Friday shared video on her IG page dismissing claims that she was missing but her friends insisted she was and that the video she shared was done under duress.
She has now reunited with her mum. Her friends shared photos of her with her mum. She also apologized for keeping everyone worried about her whereabouts. 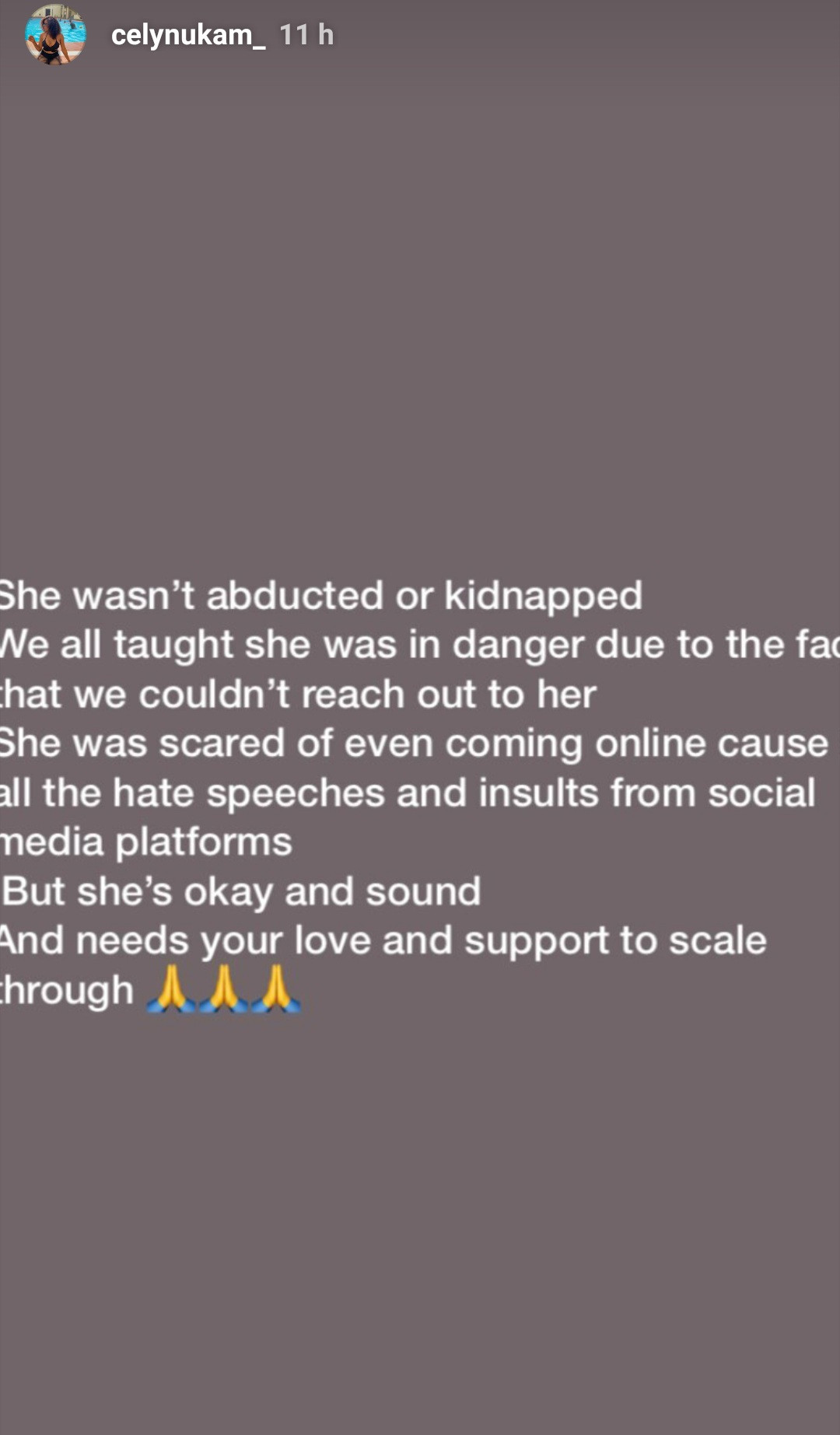 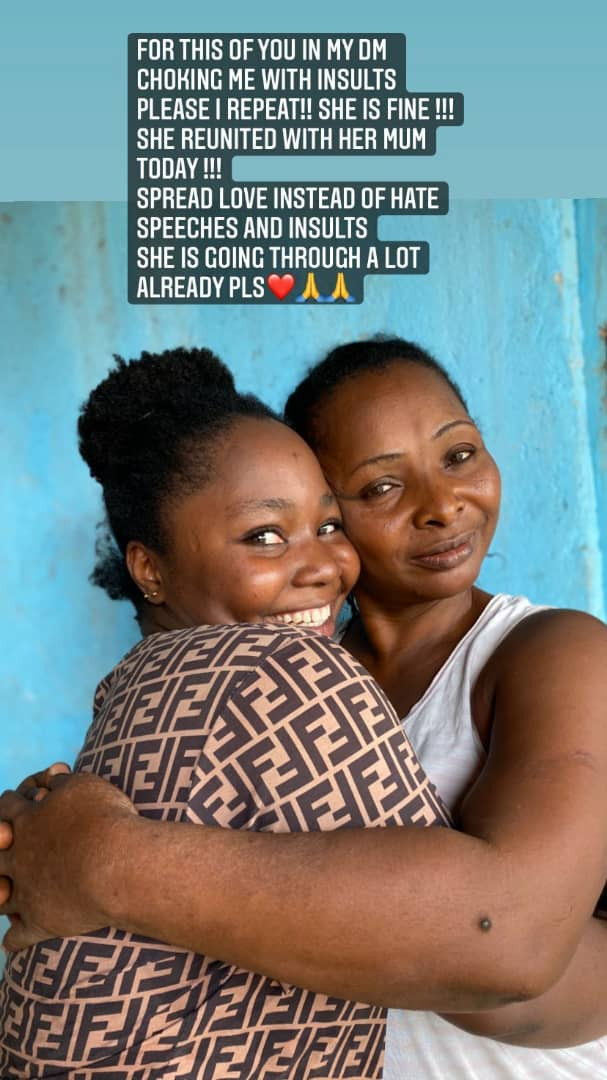