The drug lord with ties to the powerful 'Ndrangheta criminal gang, was arrested in a hotel room in the city of Joao Pessoa on Monday, May 24. 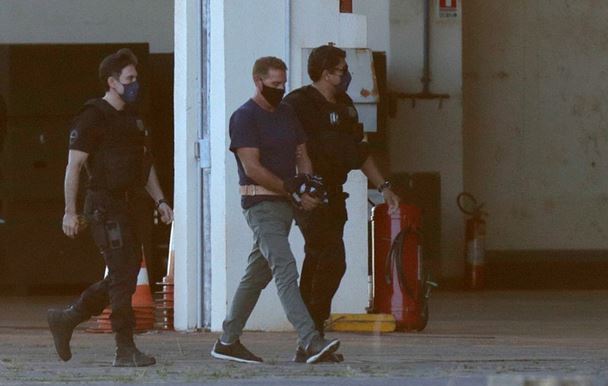 After two years of breaking out of jail, Italian mafia and notorious drug smuggler, Rocco Morabito has now been arrested in Brazil.

Morabito, a fugitive drug lord with ties to the powerful 'Ndrangheta criminal gang, was arrested in a hotel room in the city of Joao Pessoa on Monday May 24, Brazil's justice ministry said.

He broke out of prison in June 2019 by escaping through the roof with three other inmates in Uruguay's capital Montevideo, the country's authorities said at the time.

Morabito, Italy's second most wanted criminal, had been wanted for 23 years for convictions including Mafia association and drug trafficking before his previous arrest in September 2017.

Then, he was found using a fake name and false Brazilian passport, and living in a luxury villa with its own swimming pool in the seaside resort of Punta del Este in Uruguay.

Morabito was convicted in 1994 after doing a £6.2m drug deal to import almost a tonne of cocaine into Italy, but fled the country before he could be jailed.

He was awaiting extradition to Italy when he escaped jail in Uruguay.

He was detained along with two other foreigners. One of the foreigners was another Italian fugitive.

In a statement, the Brazilian federal police said that Morabito, 54, had been involved in the trafficking of drugs between Brazil and Italy since the 1990s.

He was the subject of an Interpol red notice for his role between 1988 to 1994 in international drug trafficking, including an attempt to import over 1,000 kilos of cocaine between 1992 and 1993.

The Federal Police said that Italian police traveled to Brazil for the arrest and were involved in the operation.

"(Morabito) was considered the second most wanted criminal in Italy and accused of involvement with the 'Ndrangheta, considered one of the largest and most powerful criminal organizations in the world," the Justice Ministry said.