The Vice-Chancellor of the University in a statement said following reports of harassment by the gang of male students, the institution acted and identified some of them. 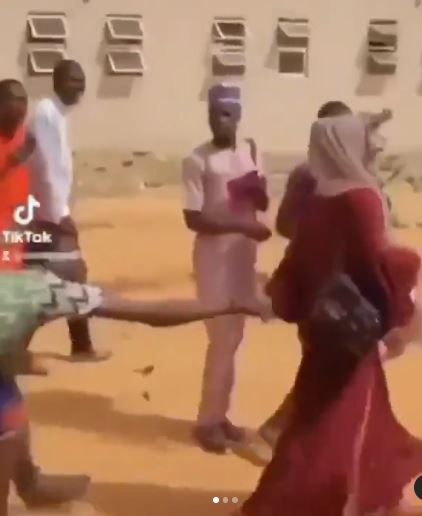 The male students harrassing their colleague

17 students have been identified and arrested by the management of the Kano University of Science and Technology ( KUST) for harassing a female student for wearing Abaya.

In the video which has since gone viral, the students were seen dragging the cloth of the female student, shouting “mai Abaya” at her.

The Vice Chancellor of the University, Professor Shehu Alhaji in a statement said following reports of harassment by the gang of male students, the institution’s management acted and identified some of them.

A statement said the university had constituted a powerful committee headed by the DVC ACAD to identify the unscrupulous students involved and recommend immediate disciplinary action to be taken against them without delay to serve as deterant to others.

"The committee will this evening (Thursday, May 26) present its interim report and recommendations to the university management for further disciplinary action," says a statement signed by the DSA for the committee.

"We wish to appreciate the support of the entire KUST students in maintaining discipline, calmness and confidence on the management in pursuance of student's right. I will update you soon on the next managemnet action." 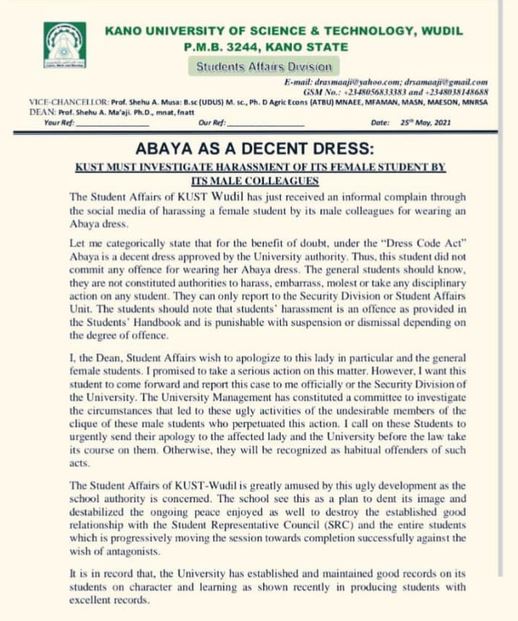 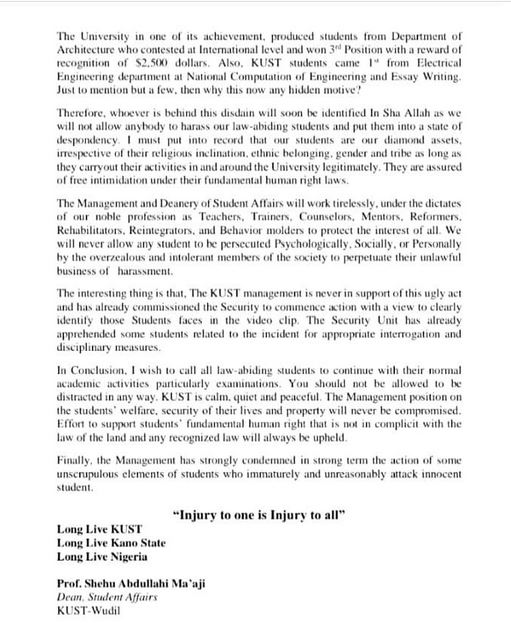