A man has been accused of engaging in witchcraft causing his people to banish him. 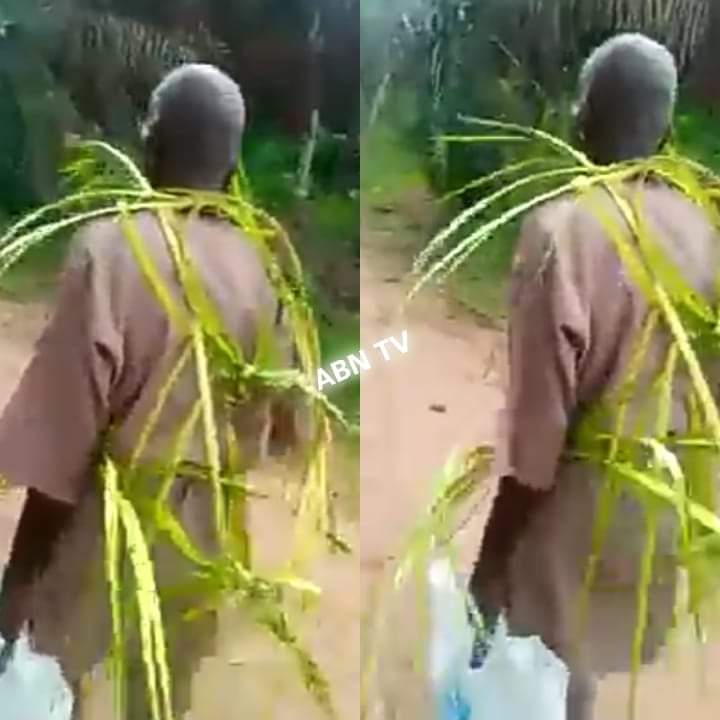 Man banished for engaging in witchcraft
A community in Obohia Amuda Isuochi in Umunneochi local government area of Abia state have banished a man identified as Obioma Ubani for 20 years.
He was accused of engaging in witchcraft and killing one Prof. Chike Ubani through that means.
In a viral video obtained by ABN TV, he was seen being escorted out of the community by members of Obohia Development Union.
He was adorned with young rafia palm, popularly known as omu while carrying along with him a nylon bag suspected to be his personal effects.
Watch video below:
Top Stories