The suspect was killed while the police and vigilantes rescued the abducted victim. 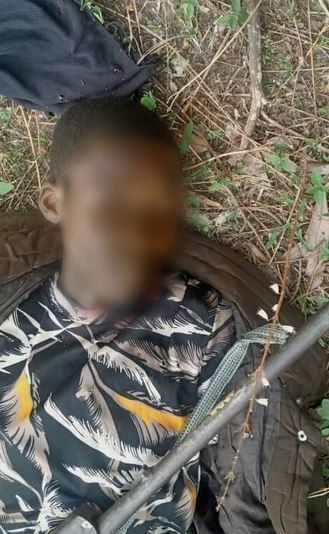 A suspected kidnapper has been killed and his victim, a 22-year-old has been rescued by Operatives of the Adamawa State Police Command in Song Local Government Area of the state.

Spokesperson of the command, DSP Sulaiman Nguroje, who disclosed this in a statement on Tuesday, June 1, said police and vigilantes swung into action after receiving a distress call from a father that his son had been abducted by four gunmen.

"On 31/05/2021 received report from one Yahaya Muhammed of Gola village, Song local government,that on the 28/5/2021 between the hours of 1 to 2am, Armed men numbering four invaded his house, situated at Gola village, placed them at gunpoint and kidnapped his son Usman Manu 22years," he stated.

"The kidnappers later called and demanded for a ransom of three Million Naira and directed that the Ransom be taken to them in a certain place situated at a remote side of Zumo Maintain.

"The Commissioner of police, Aliyu Adamu Alhaji immediately deployed the Command's machineries and augment the strength of the operatives attached to Song Division and Vigilantes. The suspects in an attempt to escape fired sporadically to scare our Men but when fire was returned one of the kidnappers was neutralized and the kidnapped victim was rescued unharmed," he added.

Nguroje said the Commissioner has commended DPO Song and members of Vigilantes for their resilience and directed them to sustain the tempo and go after the fleeing suspects.

The Command, while reassuring of its commitment to protecting lives and property, called on members of the public to continue reporting to police any suspicious character around their neighborhood.