A racist lawyer has been slammed and suspended over a tweet mocking Prince Harry and Meghan's newborn daughter. 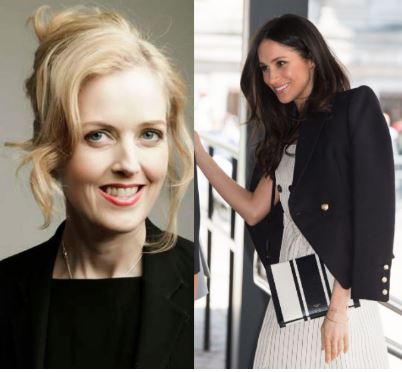 The lawyer got suspended for mocking Prince Harry and Meghan's daughter
A UK family lawyer has been suspended over an offensive tweet she made mocking Meghan Markle and Prince Harry's newborn daughter.
It all started after the Duke and Duchess of Sussex announced their daughter's name and explained that it was a tribute to Harry's mother and grandmother.
People began to mock them and their support for the Black Lives Matter movement by asking why they didn't give their daughter a name showing their support for the movement.
Journalist Julie Burchill asked why they didn't name their daughter after the late George Floyd who died after a police officer knelt on his neck.
She wrote on Twitter: "What a missed opportunity. They could have called it Georgina Floydina."
In response to Julie, a lawyer named Joanna Toch, 59, questioned why they didn't name the baby after Meghan's mother, Doria.
She wrote: "No Doria? Don't black names matter?"
Toch quickly apologized for the insensitive reply, writing in a follow-up tweet: "I am very sorry for the comment and what I saw was a joke. I've fought during my professional life against racism which is abhorrent.
"I'm not a judge and I have children of colour and I apologise unreservedly."
Her Twitter account has since been deleted and she has been suspended from her position at the Family Law Cafe (FLC).
Toch is herself the founder of FLC, and the decision was reportedly made by its board of directors.
On Monday, June 7, the company issued a statement reading: "Family Law Cafe (FLC) has suspended Joanna Toch with immediate effect pending an internal review into her recent comments on Twitter.
"FLC considers her comments as offensive, unacceptable and highly contradictory to the inclusive manner in which FLC always and will continue to work with members of all communities in managing the challenges of matrimonial and family disputes." 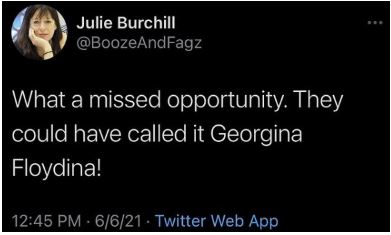