Nigeria's President Muhammadu Buhari has been told to reverse the Twitter ban by the US. 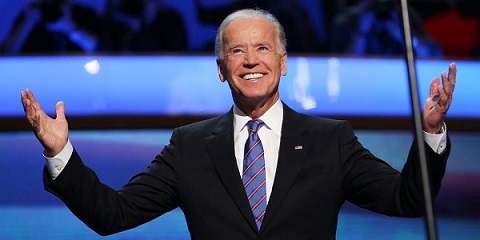 US President, Joe Biden
The United States has again asked the federal government to reverse the ban it placed on Twitter.
The US said this on Thursday.
Recall that the Federal Government had last Friday suspended the operations of the microblogging platform, Twitter, in Nigeria.
The US also expressed concerns over threats of arrest and prosecution of violators issued by the Attorney-General of the Federation, Abubakar Malami.
The US government’s position was contained in a press statement by the spokesperson of the US Department of State, Ned Price.
It advised the Federal Government to respect the right of its citizens to freedom of expression by reversing the suspension.
The statement read, “The United States condemns the ongoing suspension of Twitter by the Nigerian government and subsequent threats to arrest and prosecute Nigerians who use Twitter.
The United States is likewise concerned that the Nigerian National Broadcasting Commission ordered all television and radio broadcasters to cease using Twitter.
“Unduly restricting the ability of Nigerians to report, gather, and disseminate opinions and information has no place in a democracy.
“Freedom of expression and access to information both online and offline are foundational to prosperous and secure democratic societies.
“We support Nigeria as it works towards unity, peace, and prosperity. As its partner, we call on the government to respect its citizens’ right to freedom of expression by reversing this suspension.” 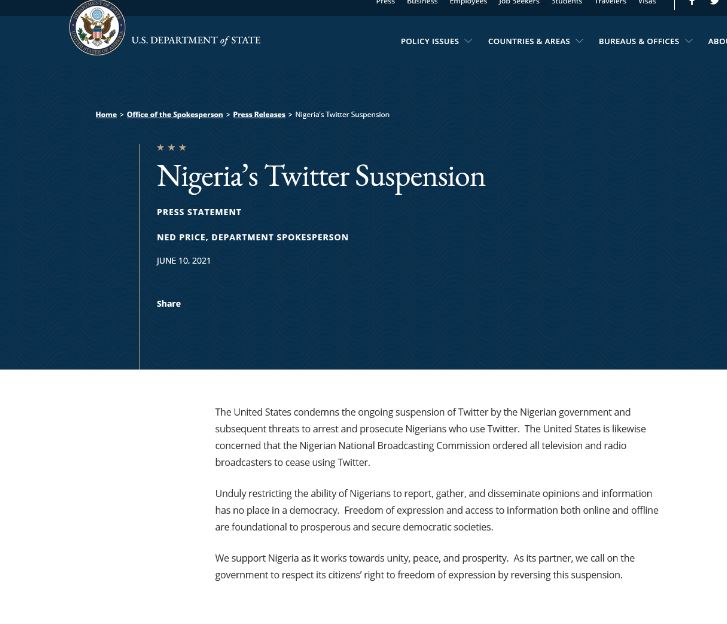 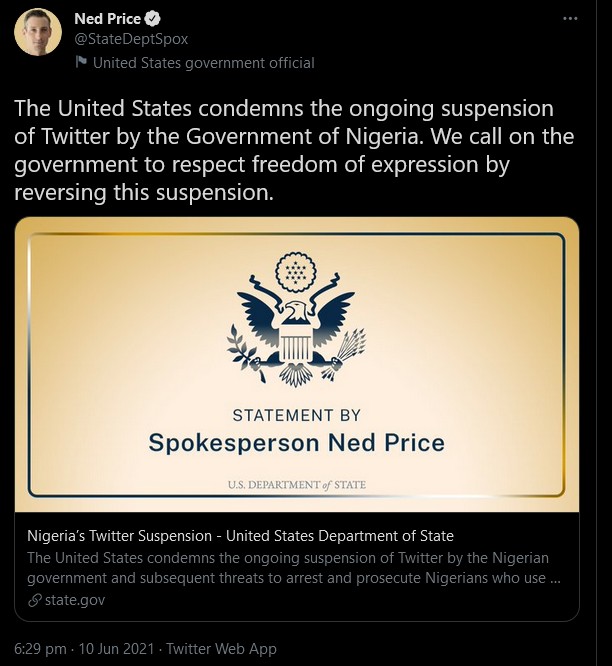