An aged woman has been gifted a new house by a Catholic father and his friends. 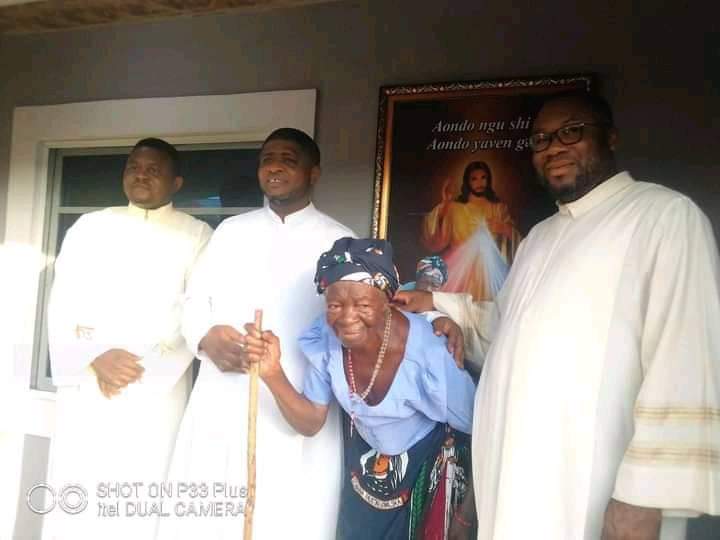 Father Ukeyima built the house for an old widow
The Catholic Diocese of Makurdi has been hailed after coming to the rescue of a poor aged woman.
According to a report by Igbere TV, Father Solomon Ukeyima from the diocese and his friends gifted the aged woman a furnished house after finding out that she was living in abject poverty.
Mama Agatha Kwasena who has been living in a squalid hut for years was handed the keys on June 8, 2021 upon completion and dedication.
Father Ukeyima who is the Parish Priest of St. Augustine’s Demekpe, Makurdi traced the woman’s background after “her widow’s mite” gift of six eggs during sympathy visit to him after a robbery incident at the parish house last year. 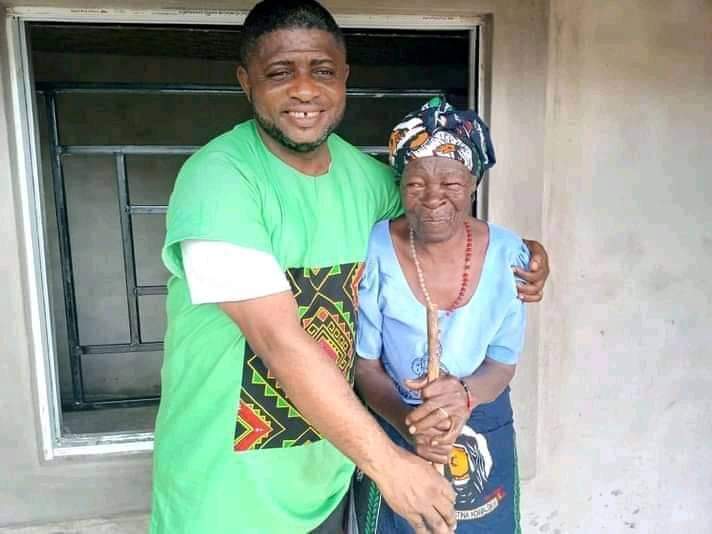 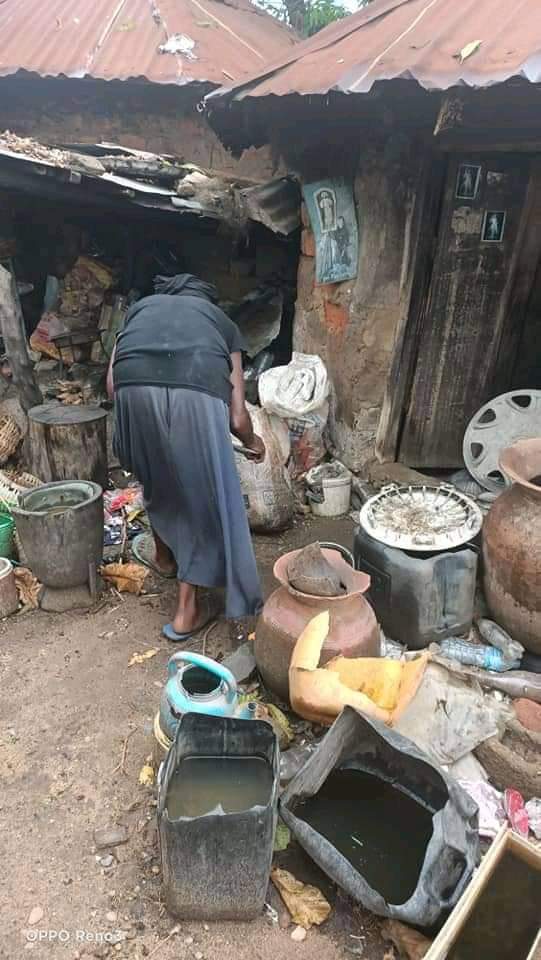 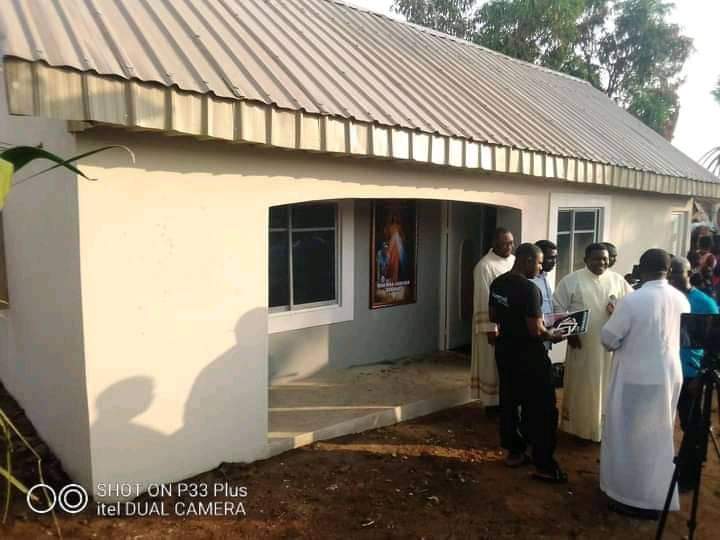