The Emir of Dutse, HRH Nuhu Sanusi has boasted that terrorists and bandits are not in the state. 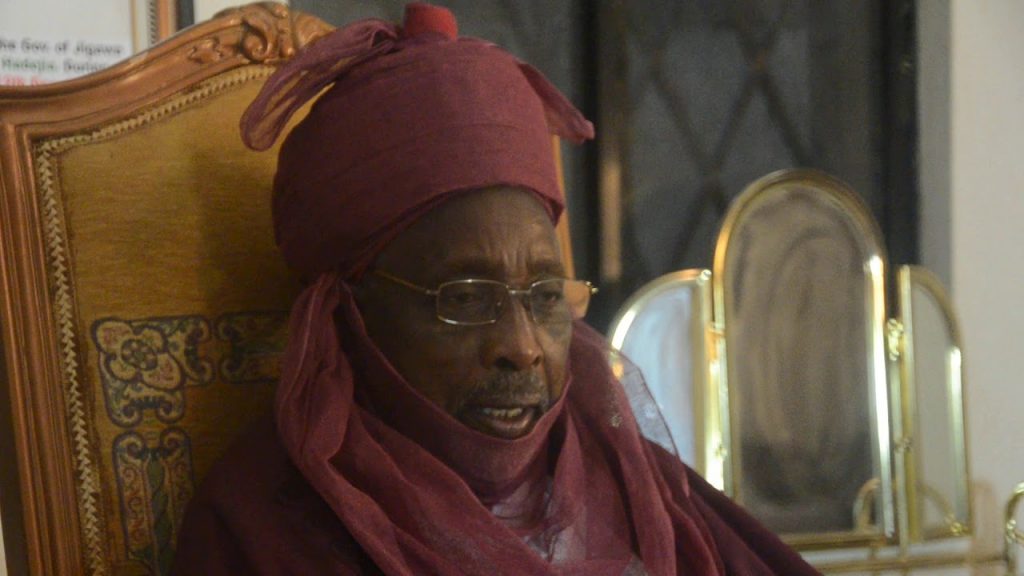 HRH Nuhu
The Emir of Dutse, HRH Nuhu Sanusi has made a stunning revelation about bandits and terrorists.
According to the royal father, in spite of being surrounded by insecurity ravaged states, you can't find a single bandit and Boko Haram terrorist in the state.
NAN reports that the Emir said this on Monday in Dutse, when the Minister of Information and Culture, Lai Mohammed, paid him a courtesy visit.
“Jigawa is the most peaceful state in the country.
“We do not have the problem of bandits, Boko Haram insurgents and other dissident groups because our local communities are well taken care of.
Obaseki dethrones Minister Agbas’ royal father, ends Uzanu clan in Edo
“The traditional institution is supported by the state government in making people aware of the need for peaceful co-existence.
“We have in the palace a whole department dedicated for conflict resolutions and one of the district heads is in charge of the department.
“We treat between 3,000 to 4,000 cases of dispute in a month and this has helped to drastically reduce the need for people to go to court,” he said.
The Emir further noted that the state government, under the leadership of Gov. Badaru Abubakar, was supporting peasant farmers who constituted the larger population of the state.
He called on other state governors particularly in the North East and North Central to take a cue from Jigawa to rid the country of violent crimes.
Top Stories