Reacting to reports that Mrs Evelyn Joshua, the wife of the late founder, Temitope Joshua will replace him, the church said such a report is false. 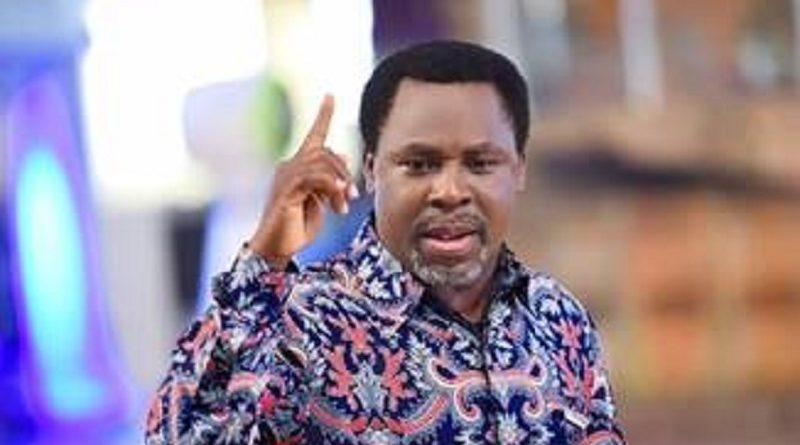 TB Joshua
The Synagogue Church of All Nations (SCOAN) has said it is yet to appoint late Prophet TB Joshua's successor.
Reacting to reports that Mrs Evelyn Joshua, the wife of the late founder, Temitope Joshua will replace him as the General Overseer, the church said such report is false.
Reports have it that elders of the church met and declared Evelyn the successor to the late televangelist.
However, speaking at a press conference organized by the church to give updates on the burial arrangements for TB Joshua who died on June 5, the church denied the reports.
According to Dr Gary Tonge Freng who spoke on behalf the church, no one has been appointed to lead the affairs of the church at the moment.
Speaking on the burial arrangements, Freng said the church would broadcast live the week-long funeral beginning from July 5 to July 11, 2021.
He further revealed that Joshua would be buried at the church contrary to wishes by the traditional rulers in Arigidi Akoko, the prophet’s hometown in Ondo.
Top Stories