It was learnt that the directive was signed by the registrar, Gbenga Arajulu, on behalf of the acting Vice Chancellor, Professor Olugbenga Ige. 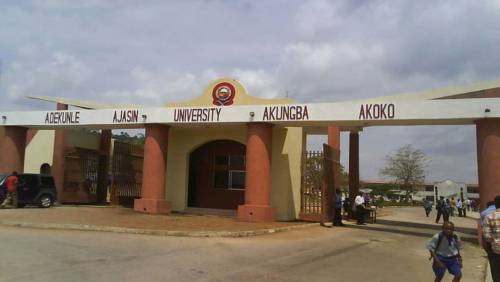 According to a report by SaharaReporters, there is tension at the Adekunle Ajasin University, Akungba Akoko, Ondo State, after a circular was released asking all students to register in one week or forfeit their education for the session.

SaharaReporters obtained the circular, dated June 29, directing the students to register for the 2019/2020 Academic Session before July 4 or lose their studentship – a directive which students described as draconian as their interests were not considered.

SaharaReporters learnt that the directive was signed by the registrar, Gbenga Arajulu, on behalf of the acting Vice Chancellor, Professor Olugbenga Ige.

"Any student who fails to complete his/her registration before the end of 2019/2020 academic session should consider himself/herself as having forfeited his/her studentship for the session.

“The purpose of this circular is to bring the above to the attention of all students so as to be properly guided. Wishing you all the best.”

Students have been reacting to the one-week circular, while querying the management where they or their parents would suddenly get the school fees within the one-week deadline to pay up before the examination.

“Another protest is loading. The school authorities never get tired of causing troubles for us. Why would they say that any student who fails to pay up his or her tuition fee before the end of the session will forfeit that session and no more back registration? Are we getting money from trees? Was it not in their time that school's fees were astronomically increased? This shall not be accepted,” a member of the Students' Union Government told SaharaReporters.

SaharaReporters learnt that other student groups were preparing for protest if the school authorities decide to close the portal by July 4 and bar students who had not paid their fees from continuing the session.