I Definitely Want To Get Married Again - Toke Makinwa


She revealed that losing her parents at an early age hurt her so much so she will like her kids to have what she never had. 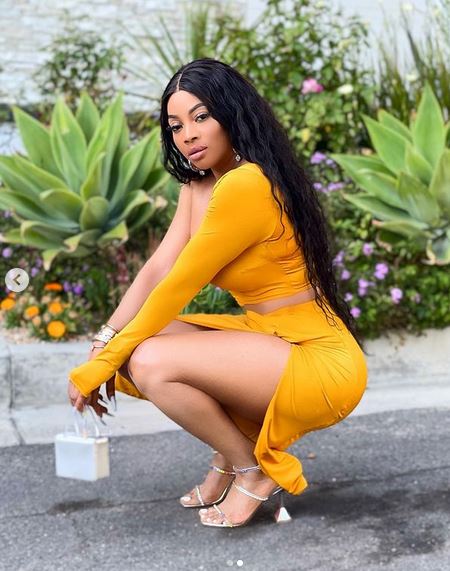 Controversial OAP, vlogger and entrepreneur, Toke Makinwa has opened up on her plans to remarry after her marriage ended with estranged husband, Maje Ayida.

In a question and answer session with her fans on her Instastories this afternoon, she was asked if she wants to have a child out of wedlock or if she is still kin on marriage.

''I definitely want to get married again, losing both my parents at 8 hurt so much. I'll like my kids to have what T never had. Hopefully the universe sends me a good man/dad.'' 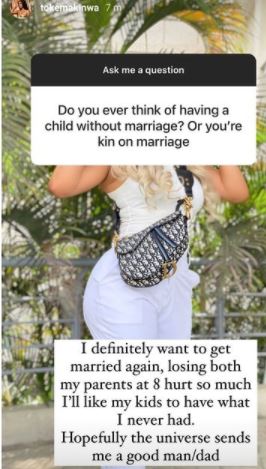 Drama As Married Man Impregnates His Side Chick’s Maid