The actress stated that Yomi's new movie is a slap on the faces of victims of sexual assault. 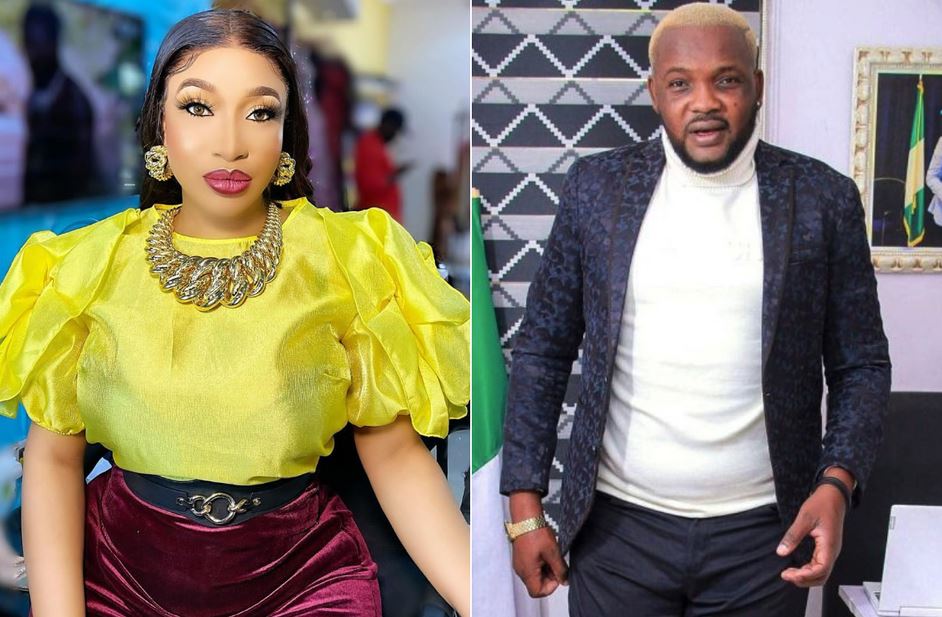 Those who have seen the movie, titled Oko Iyabo, claim it was about the sexual assault on Princess' foster daughter but he misrepresented the story to make the victim and those calling for justice look bad.

According to viewers, Yomi Fabiyi represented the underage victim of Baba Ijesha as an adult who had a consensual relationship with the Yoruba actor.

He also allegedly presented Iyabo Ojo -  who has been calling for justice for the abused girl - as a prostitute.

Viewers took to YouTube to report the video and Tonto Dikeh called on her followers to join in reporting the video on YouTube.

Tonto said she's ashamed she knows Yomi Fabiyi and she reiterated that she will always be on the side of the girl child. 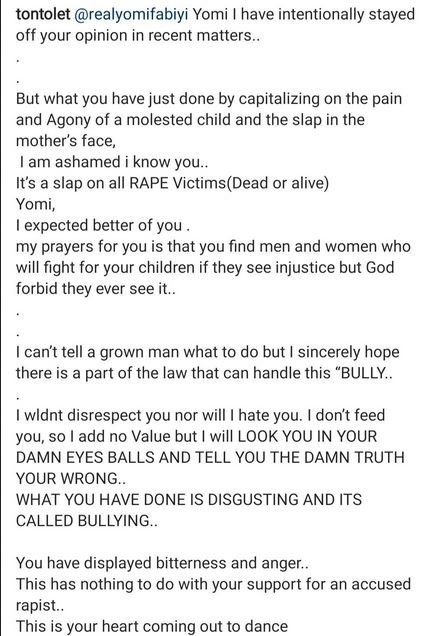 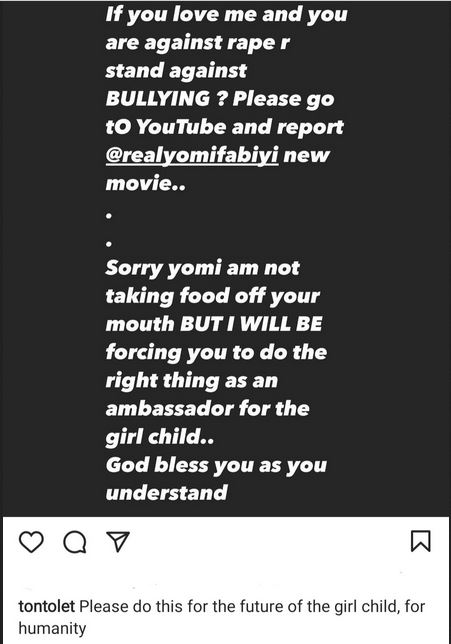