A sad tragedy has befallen a UNIBEN finalist, Taiye Peter James while celebrating the final exam. 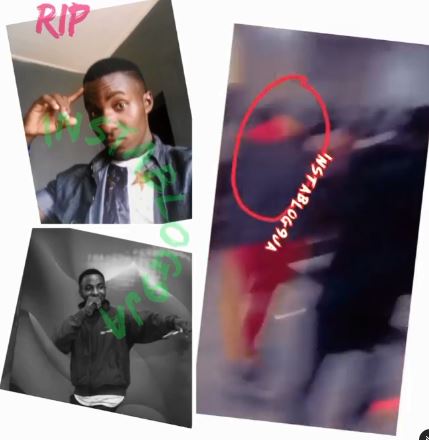 Taiye Peter James
Taiye Peter James, a final year microbiology student of University of Benin, Edo State has drowned while swimming.
The young man popularly called TJ died after he went on an outing on Thursday, July 8, with his classmates to celebrate writing their final year paper at a resort in Benin, Edo State.
According to a source, he was swimming at the resort’s pool but no one noticed when he swam to the deepest part of the pool. “While a lot of people were at the shallow end of the pool, he went to swim at the deep end and because no one was paying attention to that part, they didn't notice he had drowned.
After they brought him out, they tried resuscitating him to no avail and he was rushed to the hospital. Unfortunately, the resort was very far from any hospital. The first hospital they got to, referred him to another hospital. The car in which he was had a terrible accident on the way, the car was totally wrecked.
Thankfully, there were other cars going with them so another car took him to the last hospital where he was pronounced dead on arrival. The police got involved and arrested the class rep and most of the final year brethren committee excos.
Now they have been in custody since about 10pm yesterday that the incident happened and the police are trying to blame it on them. Nobody knew when he went to the deep end. They just went to the place to celebrate. They only wanted to celebrate,” a source said.
Top Stories