My Police Husband Tortures Me With Teargas, Threatened To Kill Me Any Day I Speak Up — Wife (Photo)


The woman cried out accusing her husband of subjecting her to beating and assault. 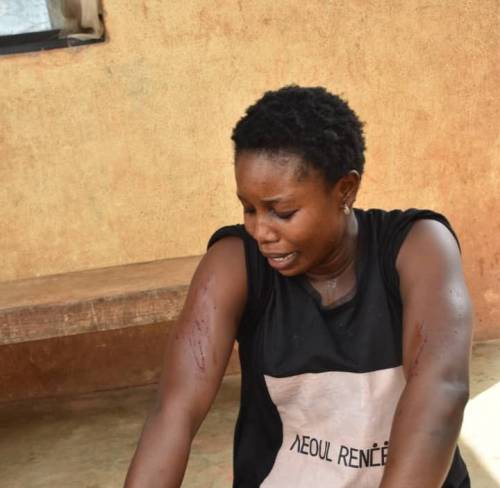 Ojemma
A Nigerian woman has cried out for help.
The woman identified as Kate Ojemma said she is being subjected to inhumane treatment by her husband, Mohammed Ojemma, who is also a police Inspector attached to the Area Command Police Station, Sagamu, Ogun state.
Kate, in a "Save my Soul" message to the government, said since she has been married officially to her husband in 2008, life has been hell on earth for her.
According to her, during their quarrels, Mohammed uses anything he can lay his hands on to inflict injuries on her.
She alleged that her husband uses belts, iron and fires teargas at her.
Kate, who has four children, also said he had threatened to shoot her, boasting that he would get away with it due to his status as a police officer.
She said, ”I am the legal wife of Inspector Mohammed Ojemma under Area Command Police Station, Sagamu, Ogun state. I’m writing this letter in a very unfortunate and hard situation.
”I have been through a lot in my life but this is something I wish no one would ever go through. I got married to my husband on the 11th of November 2008 and had four children with him. Since I got married to him, it has been a terrifying experience and I just hope I will not be murdered by my husband one day.
”On countless occasions, my husband has beaten me as if I’m a goat. It became so serious that I was rushed to the hospital due to the fact that I became unconscious whenever he starts beating me.
“Whenever he gets angry, he treats me like an animal, to the extent of using belts, iron, and even teargas on me. There are times that he has pointed his gun at me and threatened to shoot me.
“Many times, I would run away from the house for days on the basis of his threat. There are occasions when he uses his Koboko (horsewhip) to beat me. I could recall during one of the occasions that he doused me with hot water, cut my hair with scissors, tied me down with a rope, then left me in the room for days; thank God for the neighbours that came to my rescue, if not I would have died.
“As I’m writing to you now, I’m left with no properties; he took all my personal belongings and burnt them to ashes.
“Presently, he has taken custody of my four children and the firstborn is just ten years old. He did that after sending me out of the house and threatened to use my children for money ritual purposes.
“He has told me that the day I report him to any governmental organisation, he will shoot me with his gun and nobody will question him because he is a police officer...” 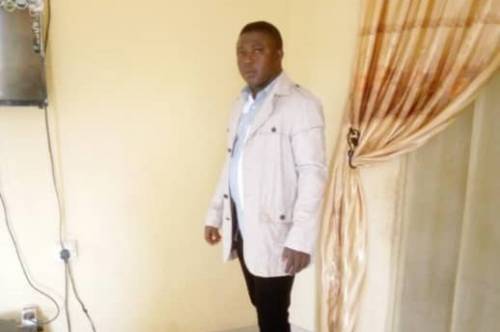 'I Have Betrayed And Let Down My Dear Sister' - Friend Of Late Gospel Singer, Kefee, Says After Visiting Her 'Bushy' Grave
Recent Stories