The quarterfinal game which was played at the Confluence Stadium Lokoja, saw the Rotimi Akerodolu boys defeating their Kano based counterpart by one goal to nothing. 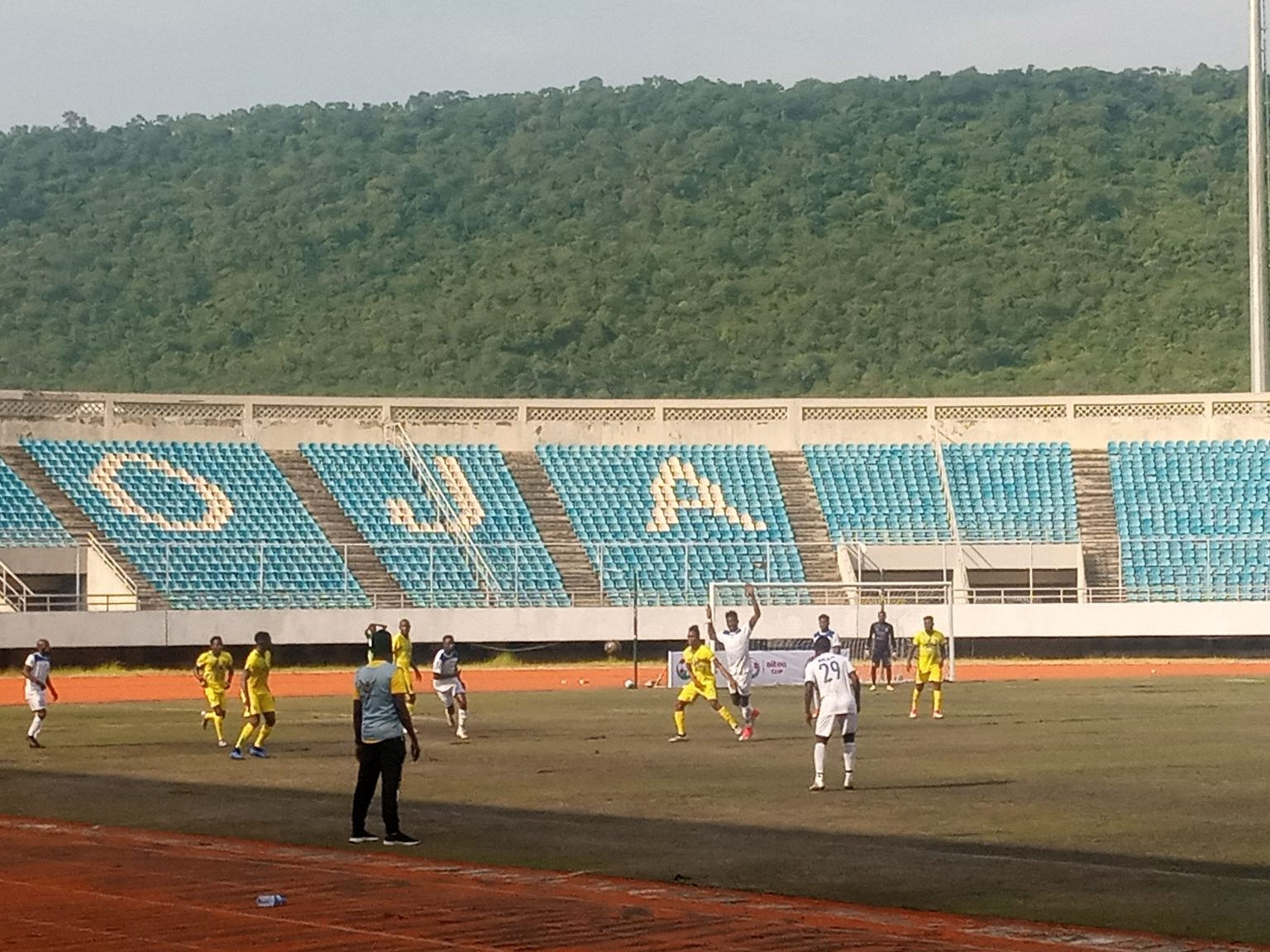 Sunshine Stars of Akure on Friday kicked out defending champions Kano Pillars from the 2021 Aiteo cup.

The quarterfinal game which was played at the Confluence Stadium Lokoja, saw the Rotimi Akerodolu boys defeating their Kano based counterpart by one goal to nothing.

A quick second-half goal by Yusuf Sadeeq gave the Ondo based club the Semi-final ticket.

In the first half, Kano Pillars who are the defending champions mounted pressure on their opponent but they were highly resisted by the Sunshine team who pulled up a great defence to ensure that the game remains a barren draw on the 40th minute.

Kano pillars came close on the 44th minute but their striker failed to convert chances through a wasteful play to keep the game on.

Rabiu Ali of Kano Pillars came close in the added minutes of the first half but failed to dribble his opponent in a long cross which made the centre referee call it quitS after exhausting two minutes added time.

When the game resumed in the second half, Yusuf Sadeeq, solo strike gave Sunshine star the lead in the 48th minute.

The two teams who showed class in the encounter to outsmart each other saw goal scorer Sadeeq miss a beautiful chance
at the 58th minute of the game to extend his team lead.

In a bid to come back to the game, Kano Pillar at the 67th minute made three quick substitutes, Kokoette .U., Mallam .A. and Mustapha but that didn’t change the tempo of the quarter-final game as Sunshine kept mounting pressure to double their lead.

Speaking shortly after the game, Sunshine Star Coach Deji Ayemi lauded his team for defeating the defending champion expressing optimism that his side will conquer any team coming their way in the semi-final.

Meanwhile, the Technical Adviser of Kano Pillars refused to speak to the press saying ” I am annoyed and I don’t want to talk to anybody”.