Buhari had gone to UK under the guise of attending a virtual conference that other leaders would be joining from their countries due to the effect of COVID-19 restrictions. 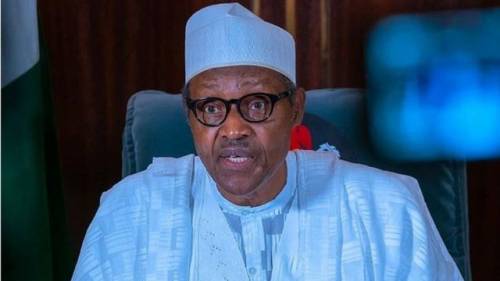 SaharaReporters reports that the Presidency has explained what it believes is the reason behind President Muhammadu Buhari’s incessant trips to the London, United Kingdom, to get medical treatment and meet his foreign doctors.

The Special Adviser on Media and Publicity to the president, Femi Adesina, said his principal had used a medical team for over 40 years. He noted that hence, there was the need to continue seeking medical help from them.

Buhari had gone to UK under the guise of attending a virtual conference that other leaders would be joining from their countries due to the effect of COVID-19 restrictions.

Buhari, according to a release on Monday, travelled two days ahead of the two-day event that will end on July 29 and that is virtual; because he will be principally attending to his medical needs during the trip.

Speaking on a Channels Television interview, Adesina stated that why Buhari visited the UK each time for his medical needs.

“President Buhari has been with the same doctors and medical team for upward of 40 years. It is advisable that he continues with those who know his medical history; and that is why he comes to London to see them. He has used the same medical team for over 40 years. Once you can afford it, then stay with the team that has your history,” Adesina said.

When asked if the President would pilot the nation’s affairs from the UK, the presidential spokesman said there is no vacuum within the seat of power.

He explained that the Constitution empowers Vice President Yemi Osinbajo to act as President if President Buhari is not back to the country within 21 days.

“The nation is running, there is a vice president who will attend to critical issues. There is no vacuum and a constitutional amendment has sorted that out,” Adesina explained.

SaharaReporters had earlier reported that Buhari travelled to London to participate in the Global Education Summit on Financing Global Partnership for Education (GPE) 2021-2025.

According to the GPE organisers, only the Kenyan President, Uhuru Kenyatta, would host the event live with Prime Minister Boris Johnson, while other leaders were advised to join online as part of worldwide measures against the spread of the COVID-19 pandemic.

“After the Summit, the President will spend a few days for an earlier scheduled medical check-up. He is due back by second week of August, 2021,” Adesina had said in his release.

This comes a few days after SaharaReporters exposed how the visit was planned “secretly” to avoid rampage or any "embarrassing protest" against the Nigerian President in London.