The 27-year-old economist earlier complained that she had a weird neck pain and Saga came to her rescue by giving her a neck massage. 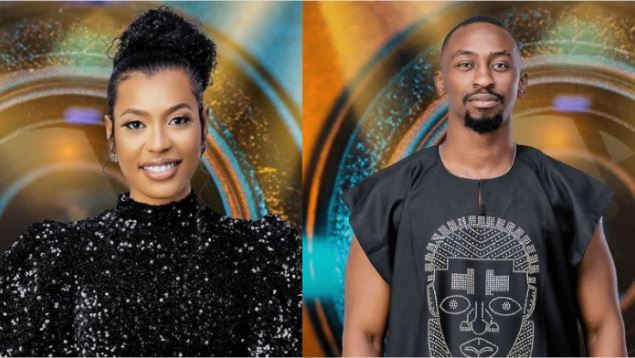 Nini, a Big Brother Naija Shine Ya Eye housemate, has praised Saga after he massaged her neck on Day 3 of the show.

The 27-year-old economist earlier complained that she had a weird neck pain and Saga came to her rescue by giving her a neck massage.

Reacting to the action, Nini said Saga had magic hands, and even promised him a treat.

“He has magic hands. My neck would have broken. Instantly, I feel better,” Nini said.

As soon as Saga was done, she promised, “I’m going to cook you something good when we have the right ingredients.”

Saga had earlier revealed his likeness for Nini during the diary session with Big Brother on Monday.

The 28-year-old engineer revealed that he’s had eyes for Nini since she stepped into the house.

He also revealed that he had tried his best to talk to her but she had received him coldly, blowing him off the few times he tried.

“I liked her face and the way she looked and hoped we could be friends. I didn’t feel it hit me back though. I gave her my best moves, but she didn’t seem interested. Later she said she has a boyfriend, so maybe that’s why,” he told Biggie.

In response, Biggie told Saga, “The heartbreaker gets his heart broken”.