According to the registrar, his suspension from office and reinstation show he was wrongly sacked. 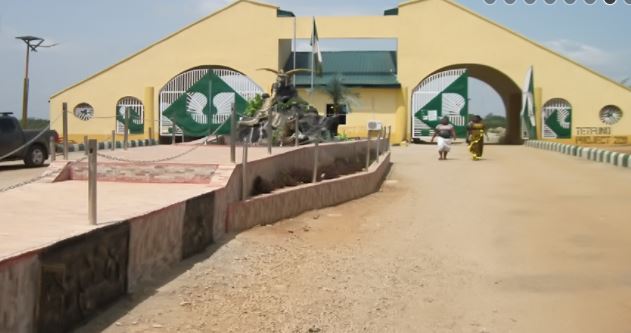 The registrar of Federal University, Oye Ekiti, Mr. Olatunbosun Odusanya,  whose appointment was terminated by the institution’s council on April 25, over allegations of misconduct said on Tuesday that the Senate order reinstating him was confirmation he was wrongly sacked.

Odusanya said, “My appointment was wrongfully terminated. I petitioned the university chairman, Dr, Mohammed Yahuza and the vice chancellor, Prof. Abayomi Fasina, before the upper chamber of the National Assembly.

“The Senate looked at the petition and said that the allegations against me were not strong enough to sack me and consequently ordered the university authorities on Tuesday to reinstate me within seven days.”

Odusanya, who spoke in a chat, said that the committee also ordered the university to reinstate the sacked bursar, Mrs. Bolatito Akande, within seven days.

He said, “The Senate made the pronouncement today (Tuesday) that I, Olatunbosun Odusanya, should be reinstated as Registrar, while Mrs. Bolatito Akande should also be reinstated as bursar and ordered FUOYE to report back to them within seven days.

“What happened at the Senate on Tuesday is confirmation of the fact that I was wrongly sacked by the council. The Senate looked at my petition and granted my request.

“The Senate also looked at Mrs. Akande’s petition and granted her request. I am happy.”

The university council, which initially suspended Odusanya from office in April 20 to pave way for investigation into the allegations of misconduct levelled against him over irregularities in appointments between 1st August 2020 and 10th February 2021, sacked him on April 25.