Maduagwu mocked Davido hours after the singer in a viral video was seen calling on his father from his luxurious car. 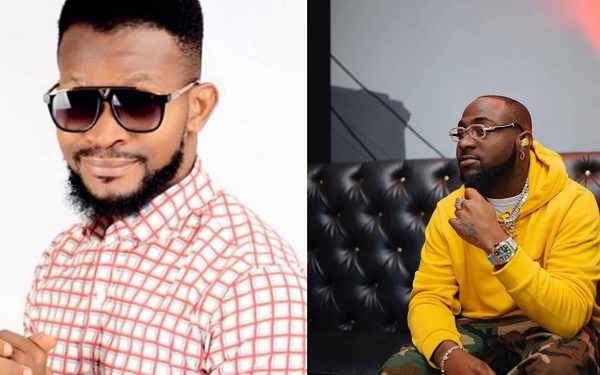 Maduagwu and Davido
Controversial Nollywood actor, Uche Maduagwu has again attacked popular musician Davido over his sour relationship with ex-fiancee, Chioma.
Maduagwu mocked Davido hours after the singer in a viral video was seen calling on his father from his luxurious car.
In the video, the popular singer who is in the US was seen cruising in his new Rolls Royce Cullinan while his father was inside a Bentley.
His dad was in front of him, so he called on his dad to go ahead while he came behind.
Reacting to this viral video, Uche mocked the DMW boss noting he’s busy screaming “My daddy” while his colleague, Burnaboy is screaming “My Grammy”.
According to the Instagram actor, the “If” singer will miss out on a Grammy award unless he marries his estranged fianceé, Chioma.
Maduagwu wrote: “Naija music industry get levels, driving your father’s Rolls Royce and screaming my daddy is one, winning globally with your music and screaming GRAMMY is another higher level.
“Davido told Bolanle he was the biggest Naija artiste even while Beyonce didn’t feature him but worked with others.
“Now it’s very clear that Grammy will not reach his hand without marrying Chioma. Baba is now screaming ‘my daddy’. Imagine what Chioma will be going through now emotionally?
“Only a daddy’s boy will come to social media and propose marriage but will not come back to announce breakup.”
Top Stories