Gov Fayemi said they are forced to perform with the little resources available to them as the poor finances of states made it difficult to fulfil their election promises. 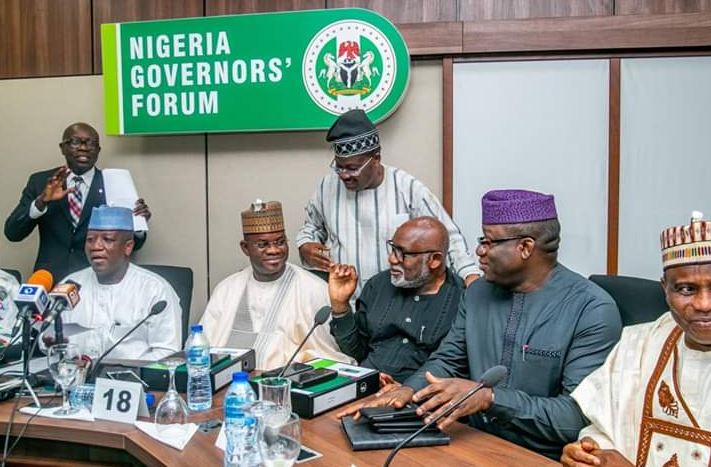 The Nigerian Governor’s Forum (NGF) led by Ekiti Governor, Kayode Fayemi, has opened up on why governors are not meeting up to the required standard in their performance.

Appearing as a special guest at the commissioning of the rehabilitated 2.7kilometers Bosso Estate roads network in Minna, Niger State, on Tuesday, August 3, Fayemi said the drop in allocation from the federation account has affected the performance of governors .

He said governors are now forced to perform with the little resources available to them as poor finances of states made it difficult to fulfill their election promises.

“These are challenging moments for us in our country. Governors are faced with limited resources,” Fayemi lamented . ''This is why we haven't been performing as expected''

He praised the Niger governor for being “one of the most astute managers of limited resources at his disposal.”

“You are aware of the challenges we met in 2015, the price of crude oil has dropped, amount received from the federation account has reduced, whereas running cost has increased. Development of infrastructure has become more difficult for most state governments,” Bello said.