Ibrahim Badamosi Babangida has opened up on why he is yet to remarry after losing wife to death. 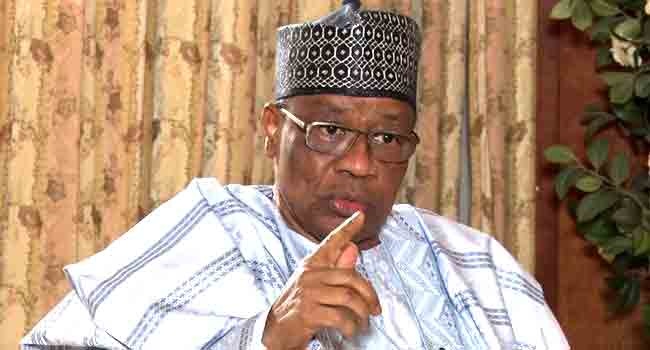 Babaginda
Former Head of State, Ibrahim Badamosi Babangida (IBB), has spoken about his personal life.
He addressed the question why he has not remarried after his wife died more than 10 years ago.
His wife, Maryam, died December 27, 2009, in the United States of America after battling ovarian cancer.
She had been admitted at the University of California’s Jonsson Comprehensive Cancer Center, Los Angeles.
The Delta State-born ex-First Lady was founder of the Better Life for Rural Women project.
In an interview with Arise TV, Babangida suggested he was yet to marry another woman due to choice of selection.
“They don’t like my face (he said while smiling)…Honestly, it’s not easy,” he said.
Speaking on his closeness with people across Nigeria, Babangida said he is a simple person.
“I feel comfortable wherever I am. Whether Minna or Lagos, I easily make friends. I don’t disown people no matter what happens,” he added.
Asked if he has any regrets, IBB said he could not come up with any.
“We left the office 28 years ago. When I look back, I think we were right. We didn’t do badly, maybe we were misunderstood,” IBB said.
Top Stories