Conman Babangida Killed Younger Generation As Dictator, Should Be In Prison, Not Blabbing About Youths - Omoyele Sowore


Sowore said this on his Facebook page, accusing Babangida of being a hypocrite who caused the death of young people. 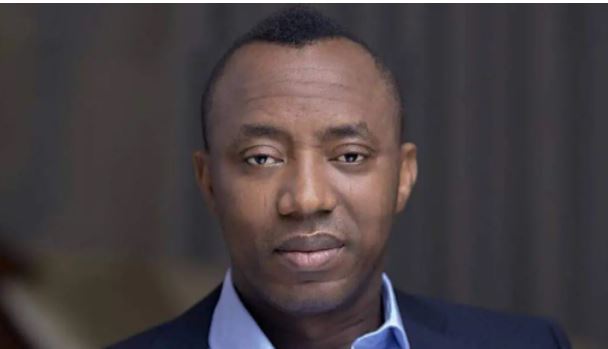 Omoyele Sowore
Omoyele Sowore has described former miitary leader, Ibrahim Babangida as a conman who should be in prison after ruling Nigeria as a dictator.
Sowore said this on his Facebook page, accusing Babangida of being a hypocrite who caused the death of young people.
Sowore added that it is even hypocritical for the former military dictator to now be calling for youths to lead in Nigeria.
The activist referred to Babangida, also known IBB, as a “hater of democracy", “a murderer" and a ”thief" who should be in prison.
He wrote, "Conman, Ibrahim Badamosi Babangida (IBB) killed students, killed Dele Giwa, killed Mamman Vasta, killed Gideon Orkar, killed a generation of young army officers in a plane crash so they won’t reach their prime, now he’s blabbing about the quest for a younger generation to lead.
“A hater of democracy, a murderer, a thief and dissembler, who should be in prison but here we are with one of these blockheads just running his mouth and getting undue airtime! #RevolutionNow.”
Sowore's reaction followed Babangida's interview with Arise TV on Friday, where the former military dictator suggested that individuals in their 60s should be the focus of Nigerians as potential presidential candidates in 2023.
Talking about the presidential hopefuls he had in mind, IBB said they were persons in their 60s with contacts across the nation and who had been traversing the geo-political zones marketing their acceptability and capacity.
He said: “If you get a good leadership that links with the people and tries to talk with the people; not talking on top of the people, then we would be okay.
“I have started visualising a good Nigerian leader. That is, a person, who travels across the country and has a friend virtually everywhere he travels to and he knows at least one person that he can communicate with.
“That is a person, who is very versed in economics and is also a good politician, who should be able to talk to Nigerians and so on. I have seen one, or two or three of such persons already in his 60s.”
But when asked if the person could emerge victorious in the 2023 presidential election, he said, “I believe so if we can get him.”
Top Stories