Grandma, Businessman To Be Arraigned For Alleged Impersonation, Perjury


The defendants were charged before the court on a seven-count charge, bordering on impersonating the complainant by giving false information to the police against him and lying on oath. 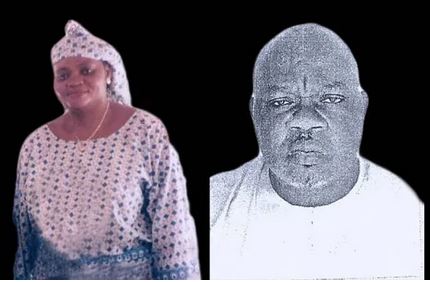 The defendants were arrested by the Police at the Zone 2 Command, Lagos and charged before the court on a seven-count charge, bordering on impersonating the complainant, Remi Louis Aderemi, giving false information to the police against him and lying on oath.

The defendants pleaded not guilty to the charges and were granted bail.

The trial of the defendants, according to the court records was stalled due to the Covid-19 Pandemic and the #EndSARS protest which paralyzed court activities.

Police counsel, Ibrahim Haruna had informed the court in the charge marked L/51/B/2019 that the defendants committed the offence in May, 2015 and December, 2016 at providence Heights Secondary School, Fagba, and at No 15 and 16 Sawyer avenue, dopemu, Agege and at the Lagos office of Public Advice Centre, Alausa, Ikeja, and at the Zone 2 Police Command, Lagos.

Haruna told the court that the first defendant, Olusesan went to Yaba Chief Magistrate`s court on 20 October, 2015 to swear falsely to an oath that one Asogbon was her in-law even though the marriage between her daughter, Abiola Abolore and the complainant, Remi-Louis Aderemi was still subsisting, all in a desperate bid to take over the three children the marriage between her daughter, Abiola and the complainant, Aderemi produced after Abiola suddenly packed out from Aderemi’s house and went to live with the second defendant Asogbon.

Haruna further told the court that the second defendant Asogbon went to providence Heights Secondary School at Fagba, Iju, Lagos to impersonate the complainant and presented a birthday Card with the inscription “my humble son” written in his own hand written to the first son of the complainant inside the school knowing full well that he was not the father of the child.

Magistrate Awoyinke adjourned the case till 11 August, 2021 for definite trial.