Recall that the diplomat has been identified as Ibrahim was assaulted by officers in Indonesia. 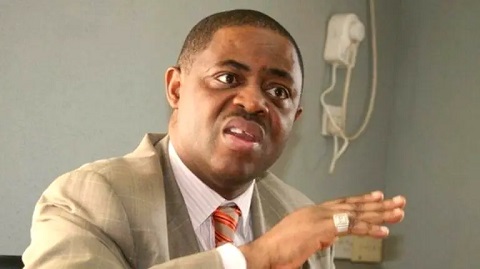 Femi Fani-Kayode
Former aviation minister, Femi Fani Kayode has called out the government of Indonesia after security operatives in the country assaulted a Nigerian diplomat.
Recall that the diplomat has been identified as Ibrahim.
It happened after the officers had requested his identification documents which he didn’t have on him. He explained that he was a diplomat and didn’t have his credentials on him. The officers refused to listen to him and proceeded to whisk him into their vehicle forcefully.
FFK while reacting on Tuesday, said:
“A staff of the Nigerian High Commission in Indonesia is brutalised by the authorities.This is unacceptable & I condemn it. Have we no national pride, self-respect & dignity? Even the Indonesians take us for granted.Try this with a western diplomat & all hell will break loose.”
“I call for a strong & robust reciprocal response from the FG to this outrageous, despicable & disgraceful conduct.The Indonesian Ambassador in Nigeria ought to be summoned by the Minister of Foreign Affairs & warned. Our country may not be perfect but it is still our country.”
“No Nigerian deserves to be brutalised in this manner by foreigners anywhere in the world. I weep for my country.”
Top Stories