BBNaija: Whitemoney Refuses To Assist In Cooking Despite Angel's Request


Recall that the Head of House, Pere, on Wednesday suspended Whitemoney from entering the kitchen all through his reign, in a bid to reduce “kitchen monopoly”. 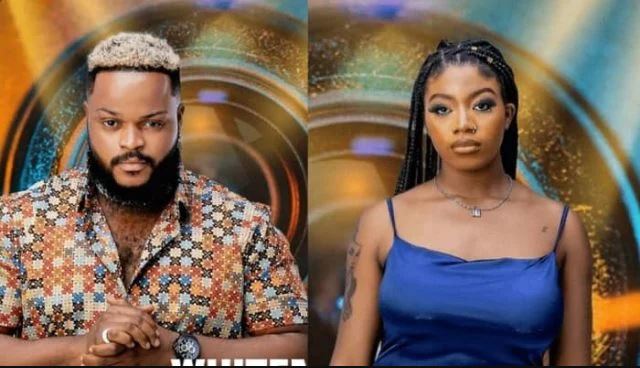 It has been reported that the kitchen drama in the Big Brother Shine Ya Eye house has taken a new turn as Whitemoney turned down Angel’s request to assist the housemates with cooking in the kitchen.

Recall that the Head of House, Pere, on Wednesday suspended Whitemoney from entering the kitchen all through his reign, in a bid to reduce “kitchen monopoly”.

However, Angel on Friday begged Whitemoney to assist them in the kitchen but the latter declined the request but gave suggestions when she asked him what they would cook in the house.

Angel then pleaded with him to help them make the soup but he declined, stating that he’ll not enter the kitchen till there’s a new Head of House.

Whitemoney answered, “Anything that’ll make me enter this kitchen again is if the new Head of House comes and says otherwise. Apart from that, I’m not entering the kitchen. Saga even told me that they want to make their chicken if I’ll help them to do it.”

When Pere became Head of House, he vowed to keep Whitemoney out of the kitchen because he felt that the latter is using his culinary skills as a strategy to remain relevant in the game.

Fans were enraged about Pere’s decision to remove Whitemoney from the kitchen as they took to Twitter to express their anger. Following Whitemoney’s removal, the Head of House then appointed some housemates to take over the kitchen activities.