The 400-year-old crown of Warri Kingdom was reportedly stolen by two princes. 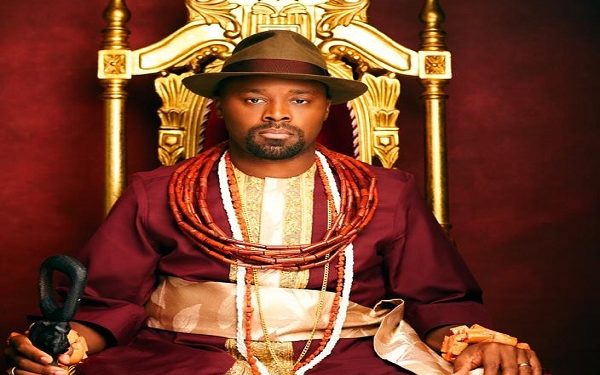 Prince Emiko
Two princes have been declared wanted following the disappearance of Olu of Warri's crown.
The Zone 5 of the Nigeria Police Force (NPF) in Benin, Edo State declared two sons of the immediate Olu of Warri, Ogiame Ikenwoli Emiko, Princes Onyowoli and Omatsuli, wanted after accusing them of stealing the 400-year-old crown of Warri Kingdom.
The princes were declared wanted ahead of Saturday’s coronation of Prince Tsola Emiko, son of Olu Atuwatse as Olu of Warri.
The wanted Princes allegedly broke into the private apartment of the Olu of Warri where the crown and other valuables were stolen.
Warrants of arrest were also issued against them by Federal High Court in the Edo state capital.
The Police described the 30-year-old Prince Oyowoli as a student, Itsekiri by tribe and 5.2ft of height while his younger brother, Omatsuli, 27, a student, was said to be 5.6ft tall.
Police bulletins detailing their declaration as wanted persons were issued by the Assistant Inspector-General of Police (AIG) Zone 5, Benin on the orders of the Inspector-General of Police (IGP), Usman Baba Alkali.
The AIG Zone 5 and some officers at the zonal headquarters last Friday grilled the suspended traditional Prime Minister of the Warri Kingdom, Chief Ayiri Emami, over the invasion of the palace of the Olu of Warri and alleged theft of the ancient crown.
The immediate Olu of Warri, Ogiame Ikenwoli, joined his ancestors in December 2020.
Preparations are in top gear for Saturday’s coronation of Prince Tsola Emiko, the son-in-law to billionaire philanthropist, Capt. Hosa Okunbo, who passed on in London on Sunday, August 8 this year.
The youthful Olu-designate got married to Ivie about seven years ago.
To prevent any hitch, a more befitting crown had been arranged for Saturday’s coronation of Prince Tsola Emiko.
Top Stories