The convict was said to have bought a six-year-old boy in Uyo and taken him to Owerri, Imo State, where she sold the victim to one Kate Ogbonna. 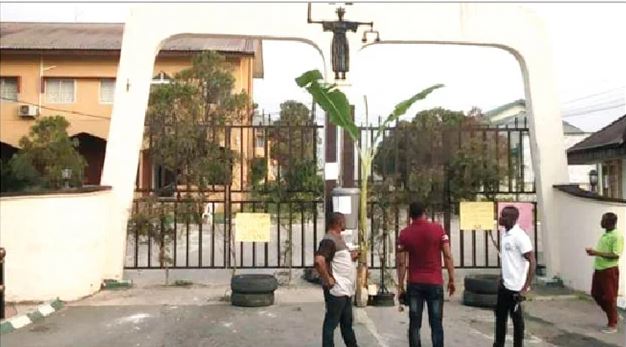 According to The PUNCH, the Akwa Ibom State High Court sitting in Uyo has sentenced a 47-year-old woman, Gertrude Akpan, to 10 years’ imprisonment for trafficking in children.

The convict was said to have bought a six-year-old boy in Uyo and taken him to Owerri, Imo State, where she sold the victim to one Kate Ogbonna.

The court, presided over by Justice Okon Okon, found Akpan guilty and jailed her without an option of fine.

Akpan, a mother of three, hails from Ikot Eyo in the Nsit Ibom Local Government Area of Akwa Ibom State.

PUNCH Metro learnt that the convict, who claimed to be a retired worker of the Immanuel Hospital, Eket, where she worked as a matron in 2015, confessed that she had been in the business of trafficking in children since 2008.

“Apart from the confession of the convict, the evidence of the prosecution witness that she assisted the police in the recovery of the child victim from the buyer in Owerri, remained unchallenged and therefore accepted,” the judge said.

Justice Okon further held that the evidence of the prosecution was that one Ubong Ekwere on May 12, 2018 abducted the six-year-old boy in the custody of his grandmother and sold him to the convict for N50,000.

According to the judge, the convict is “guilty of unlawful removal and transfer of the child from Akwa Ibom State to Owerri, Imo State.”

“It is sadistic that Gertrude (Akpan), a mother of children, indulged in selling the children of others, thereby depriving the innocent children of the natural love, care and upbringing of their parents. Such an evil trade must be deprecated, forestalled and checkmated by every right thinking member of society,” he added.