He is alleged to have touched the female colleague inappropriately during preparations for the show on August 15. 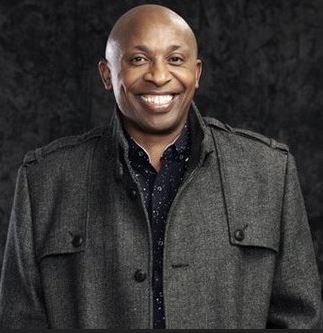 South African Broadcasting Corporation has suspended Rams Mabote, a former Metro FM talk show host who anchors Media and Society on their platform after a female member of the production team filed a complaint of inappropriate behaviour towards her.

He is alleged to have touched the female colleague inappropriately during preparations for the show on August 15.

In e-mails seen by TimesLIVE, it was gathered that SABC authorities placed Mabote on suspension, asking him not to report for duty pending an investigation into the matter.

“In the wake of the complaint that I have received and the sensitivity of the matter, I have taken a decision that you may not report for duty at Media and Society with immediate effect until further notice. This includes all engagements regarding Media and Society that are scheduled this week. We shall engage the services of a stand-in presenter until the finalisation of the matter.

“We are due to discuss the matter and or incident during the coming week and we shall communicate the outcomes soonest. May I assure you that the matter is receiving urgent attention."

Though Mabote declined to comment on the incident when the publication reached out to him, a source close to him said he was deeply aggrieved by the suspension and he would be insisting that all those present during the show's preparations on Sunday August 15 be subjected to lie detector tests.

The source said Mabote was also unhappy that he had been asked to stop reporting for duty even though he had not yet been presented with a formal charge.

Another source at the SABC said the claim against Mabote stemmed from a discussion he had with the production team before the show went on air. Mabote had suggested some amendments to the show’s script, and merely tapped the complainant on the shoulder during discussions with other colleagues.

Another source said when the complainant told Mabote that she did not want him touching her, he apologised immediately and the show went on air.

Another SABC insider suggested there was bad blood between Mabote and the Media and Society production team as he always questioned the quality of scripts prepared for him.