The viral challenge has been banned by the platform as TikTok explained the challenge publicised a dangerous activity. 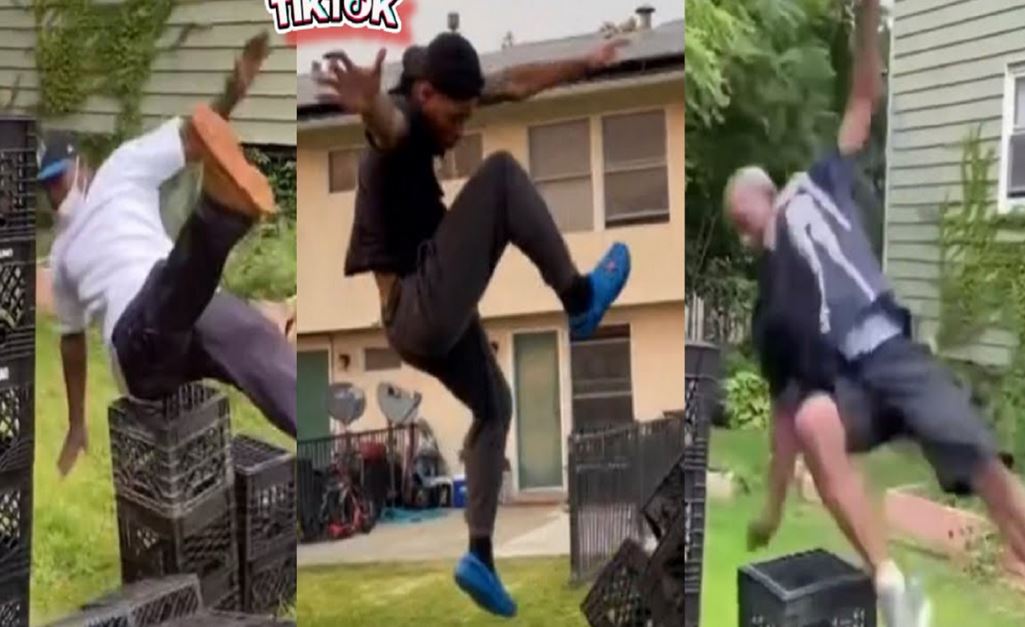 Video-sharing social networking service, Tik Tok has banned the viral ‘Milk Crate Challenge’ on its platform due to casualties recorded.

The very dangerous challenge saw users stack milk or drink crates into the highest pyramid they could, before trying to climb up one side of them and down the other, without any of the crates giving way beneath them.

Just a few of those who attempt the challenge actually complete it with a larger number falling off the pile of crates.

However, the viral challenge has now been banned by the platform as TikTok explained the challenge publicised a dangerous activity.

All search results for the Challenge has been deleted by TikTok.

A spokesperson for TikTok spoke on the ban stating that the platform prohibits content that promotes or glorifies dangerous acts. The spokesperson said;

‘TikTok prohibits content that promotes or glorifies dangerous acts, and we remove videos and redirect searches to our Community Guidelines to discourage such content.

‘We encourage everyone to exercise caution in their behavior whether online or off.

‘While the challenge may have started as a joke, it has resulted in some less funny injuries, with it being reported by local news outlets that people are getting hurt due to attempting the challenge.”